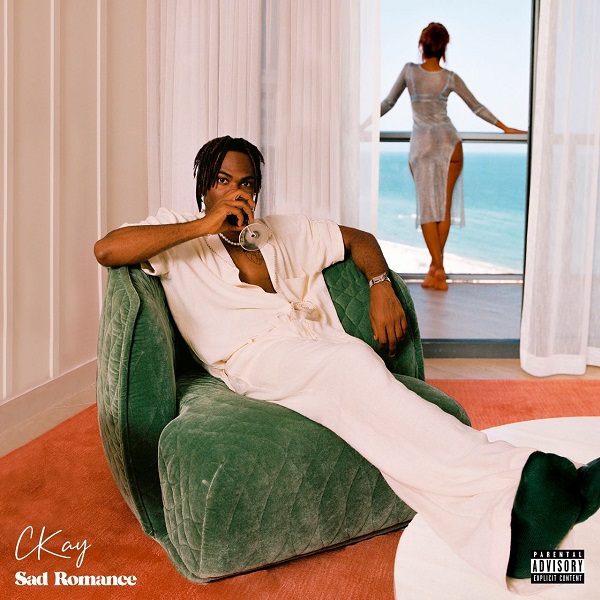 Talented Nigerian Afrobeat star, CKay has finally rolled out with an astonishing long-awaited studio album which he labelled as “Sad Romance.”

The calibre of Ayra Starr, Focalistic, Davido, Abidoza, Mayra Andrade, and Ronisia are featured in Ckay’s debut album. This time, the delightful singer-producer from Nigeria known as CKay delivered his eagerly awaited album named “Sad Romance,” to rave reviews from his admirers.

Twelve songs make up the “Sad Romance” album, which also has his No. 1 international record “Love Nwantiti.” With his melodic singing and engaging lyrics, CKay excelled as always. Additionally, he recently released the album’s lead single, “Mmadu,” which was produced by him and P2J.

In addition, CKay looks for a perfect way to end the year and he thought releasing a studio album for his fans would be a good idea. We aren’t sure if he is done for the year yet as he looks set to pounce on new records in the coming months.

Listen to “Sad Romance” (Album) by CKay below.