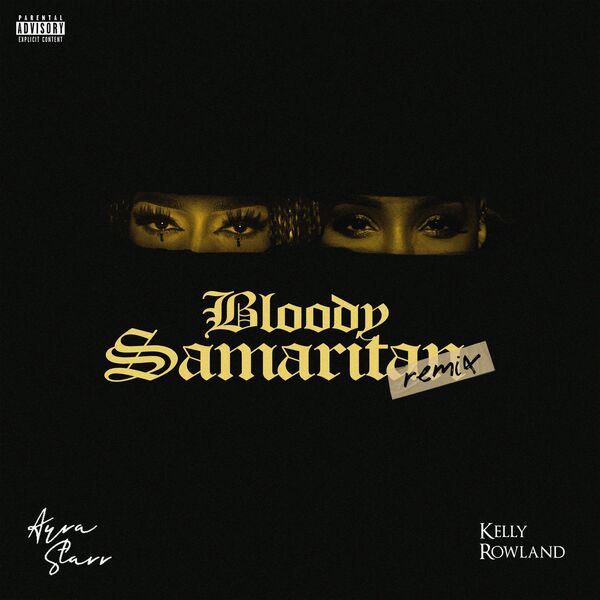 Mavin Records star and first lady, Ayra Starr has returned with the official remix of her breakthrough single popularly known as “Bloody Samaritan.”

This summer, Ayra Starr and American singer Kelly Rowland will release a spanking fresh tune. This time, the popular Nigerian artist Ayra Starr delivers a remix of her ballad “Bloody Samaritan” that sounds more intriguing and is sure to become very popular soon.

“Rush” follows her single with a likeable track that features an Afro-Pop beat and her mesmerizing singing voice. “Bloody Samaritan” (Remix) serves as Ayra Starr’s formal sophomore record for the year and comes out before the deluxe edition of her excellent album “19 & Dangerous.”

Additionally, Ayra Starr is still glowing like never before; her recent outing is a proof that she is still much in the game and we haven’t seen her peak yet. Well, this sound alongside Kelly Rowland serves as an insight to her upcoming studio work of art which we will see before the end of the year.

My blessings tall like towers
I posses a superpower
I let the good rain down like showers
I never let them make me sour
‘Cause it ain’t that deep when they’re shallow
They show you love but be hatin’ in the shadows
Too many comparisons
I’m a Samaritan
Wanna shoot me down, no ammo

I’m who I am, I don’t know about you
Tell no lies ’cause I live my truth
Lord knows I try doing what I do
Every time that I talk it’s a business move
How about it?
Don’t you know that I’m about it
So serious, ain’t no clown shit
Meticulous, on my crown shit
Spiritually physically fit, fit
See it from the flickin’ of the hip, hip
Ayra and Ms. Kelly on a hit, hit
Only ring his celly when I’m lit