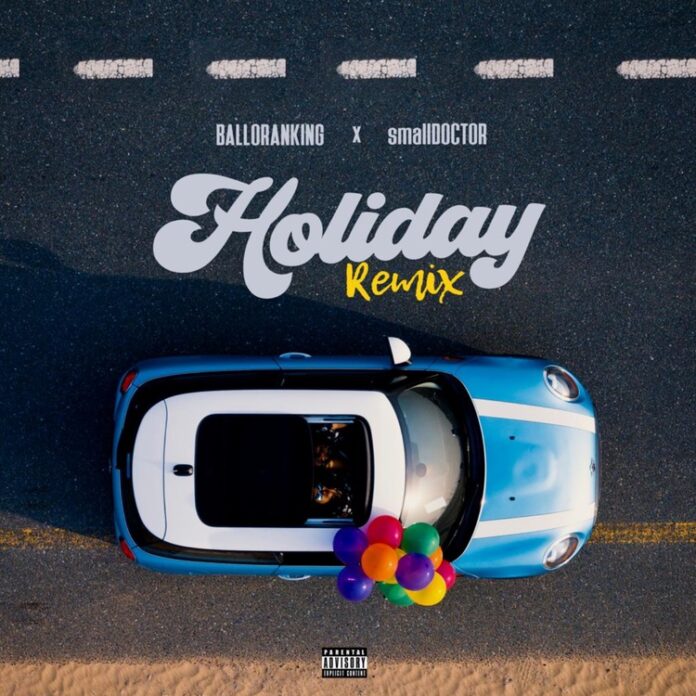 Presumably, as things a re going after positive reaction the original sound, “Holiday” acquired, Balloranking decided to bring a different version of the song where it called for the assistance of Nigerian street-hop smash handler, Small Doctor who brought light to the remix.

However, “Holiday” (Remix) is an Afro-beat style which had the undying vocals of street representative Small Doctor’s as he gave a perfect rendition on the track.

Lastly, this spanking fresh tune is already heading to the top of the mainstreams as Balloranking prepares hard to give another smash melody. “Holiday” (Remix) follows suit after releasing his debut for the year, “Marama.”

Listen to “Holiday” (Remix) by Balloranking featuring Small Doctor below.