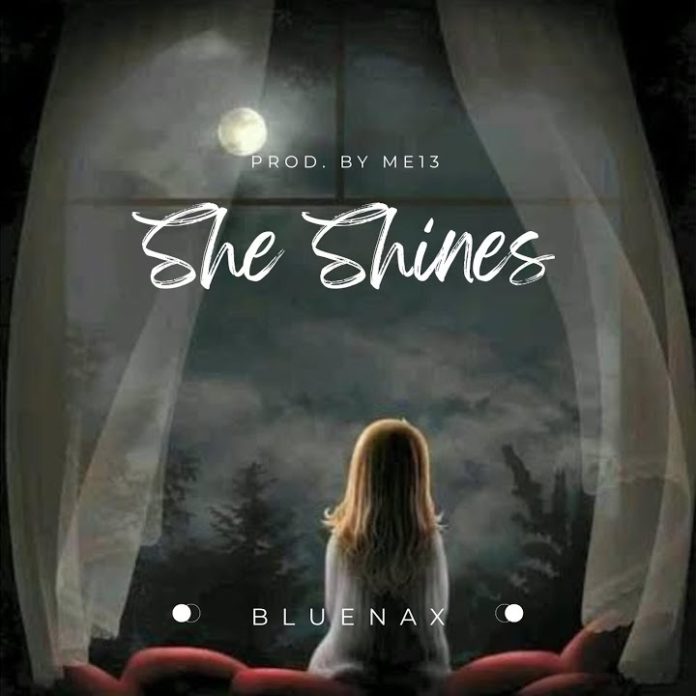 This is a trending sound that had inspirations from Arden Jones’ smash record, “Horror Story.” Bluenax is here for the taking and he is not stepping down for anyone at the moment. “She Shines” has that catchy feel that would make one go emotional; its fully orchestrated by the music producer who used an enticing vocals to depicts what the sound is talking about. Like I said initially, new monumental sounds will be up in the coming weeks before the year comes to an end.

Can we talk about Bluenax? The little we can fetch from the all-round entertainer is his real name which is known as Caleb King. His previous outing alongside Cahlil, “Welcome To Nigeria” exceeded a huge number of 1 million streams across all streaming digital platforms. Just a few weeks ago, he was seen with another blockbuster dubbed “Thoughts Tonight” featuring Rudigal and now “She Shines” is to be his breakthrough in the industry.

In addition, Bluenax is still keeping the pace fast enough as he looks forward to continue from where he would stop for the year despite leaving it in a good shape. This song looks promising and would be banging in every corner of the street in the coming weeks. Music production was simply aced and arranged by talented beat maker ME13.

Listen to “She Shines” by Bluenax below.