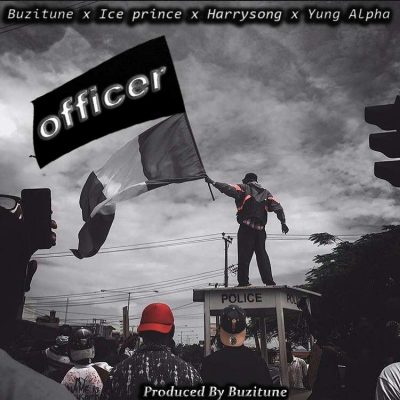 Multi-talented music producer, Buzitune links up with Ice Prince, Harrysong and Yung Alpha on a new song, “Officer” – a song that lends a voice on the #EndSARS nationwide protest.

Trying to put a stop to police brutality in the country, Nigerian music stars has see reasons to put a voice about the on-goings in the country on songs and Buzitune didn’t waste time to deliver.

Finally, the jam is produced by Buzitune.

Listen to “Officer” by Buzitune featuring Ice Prince, Harrysong and Yung Alpha below.