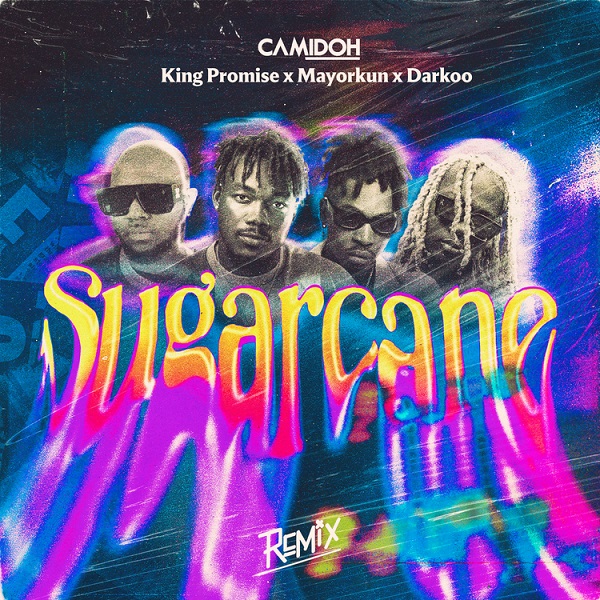 After making history with the tune named “Sugarcane” which featured Phantom, Camidoh came with the remixed version where he involved the vocal relevance of heavyweight West African music stars like King Promise, Nigerian music export Mayorkun and talented rapper Darkoo.

According to reports, the song “Sugercane” by Camidoh was released at the end of last year, and since then, the sound has grown in popularity and recognition across the Africa’s continent.

We chose to make the remix version to “Sugarcane” available and accessible to our valued people because the original sound is now peaking at the top 5 place on the Ghana Apple Music Chart. The remix contains the undying vibe of 30BG front-man, Mayorkun, Ghana’s Afro-beat lynchpin, King Promise and prolific rapper, Darkoo; Camidoh is doing well at the moment.

Finally, this is Camidoh’s first record of the year, and he has promised to release a big hit before the summer of 2022. Phantom, who had a huge influence on sound, put in an unsung performance on the instrumental.

Show me your jeeg and lemme see (lemme see)
I love you see the woman that he’s with
(that he’s with)
I put a couple thousand dollars on your wrist
(put on your wrist right now)
Mama Omo they can’t touch you
I never seen this kind babe
wey dey do some kind things
make we feel some kind way
You know I’m not just trying to get late
Coz I know some kind things doing for the right babe
Baby make I fire you
With my machine gun (hei ba)
Sixteen rounds (hei ba)
Abi king kong
Girl make I sample you my brand new song.
De3 b3n love