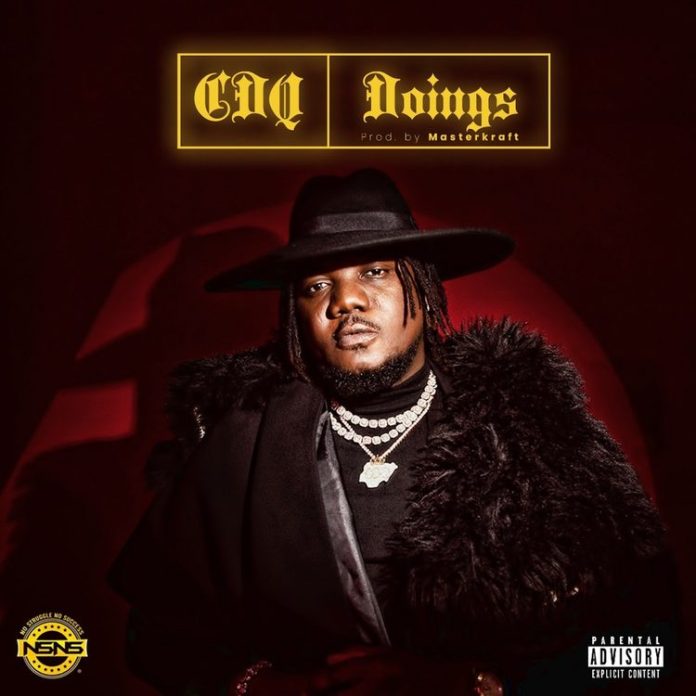 Indigenous Nigerian lyricist, CDQ has turned up with a very ear-catchy and appealing studio ballad aptly known as “Doings.”

Moreover, the sound mentioned all the stuffs they are capable of doing and the things that they have done that have impressed the opposite gender. “Doings” which is solely recorded by CDQ is doing numbers on streaming platforms just few hours after the release.

Apparently, he is not done and it is shown in his output. “Doings” came with an energetic lyrical flow while CDQ added his functionality by rapping and singing which follows the pure rhythm. This sound looks very good when you settled down to listen to it and it comes with an addictive expression.

Last but not least, the jam serves as a follow-up to his previous smash Amapiano encounter dubbed, “Circumstances” which features 9umba, Mdoovar and Toss all played their individual role effectively. This jam which was produced by Masterkraft will also serve as a preview to his forthcoming studio body of work; though we are not sure but we will finally see the full package before the end of the year.

Listen to “Doings” by CDQ below.