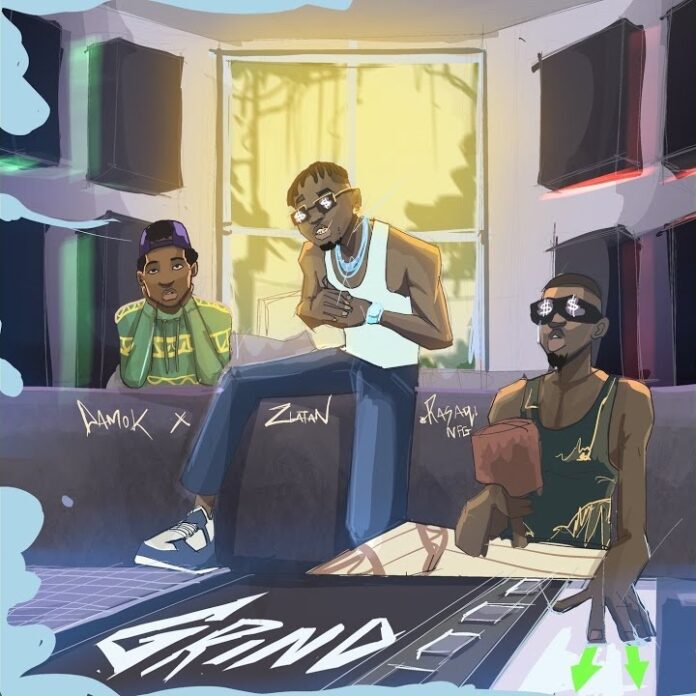 Ushering the remix version, Damo K jumps on this ballad, “Grind” with the vocals of Zanku Music pioneer, Zlatan Ibile who did justice to the jam while Rasaqi NFG on the other hand, blessed us with a massive performance on the craft.

Damo K, together with Joeboy, Rema, Omah Lay, Fireboy DML, and others, has proved why he is one of Nigeria’s growing Afro-beat vocal behemoths. “Grind,” his official second single of 2022, has a lot of promise and provides us a glimpse of what we may expect from him before the end of the year.

Fortunately, Damo K has got positive feedback online since announcing the music’s release date on social networks a few days ago, with friends and fans hoping for beneficial results from the unexpected viral hit. Damo K, who has been very occupied in the studio,  was still working on something important for his fans before the end of the year and its the remix to “Grind” which has Zlatan and Rasaqi NFG.