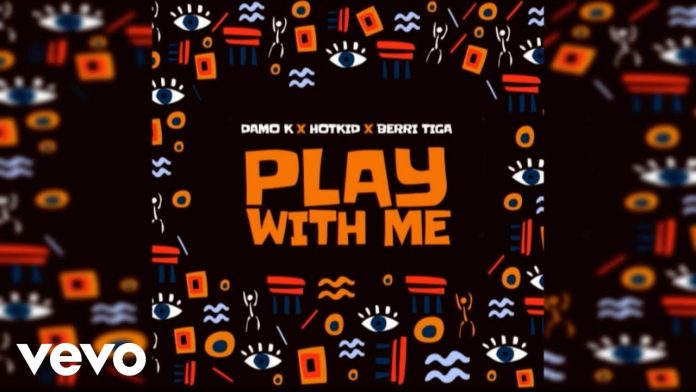 Outstanding Nigerian recording act, Damo K has come out with a brand new studio record which he termed, “Play With Me.”

In the studio composition “Play With Me,” Damo K goes into detail about how he wants to enjoy life to the fullest extent and how he frequently flexes and had fun with the girls at clubs. During the studio session, he had a great time and appreciated the exuberant vocal support of Berri Tiga and HotKid, two talented Nigerian singers who each brought their distinct vibe to the song.

The tune “Play With Me” is a preview of what fans can anticipate when the entire body of work is published next year, which is when Damo K is rumored to reveal his upcoming body of work. The song was brilliantly crafted by Berri Tiga and HotKid, and Damo K, as usual, didn’t disappoint his fan base.

In addition, Damo K moves away from his initial hit tagged “Grind” (Remix) alongside Zlatan and Rasaqi NFG as he looks more positive in ending 2022 on a high mode.

Listen to “Play With Me” by Damo K featuring Berri Tiga, HotKid below.