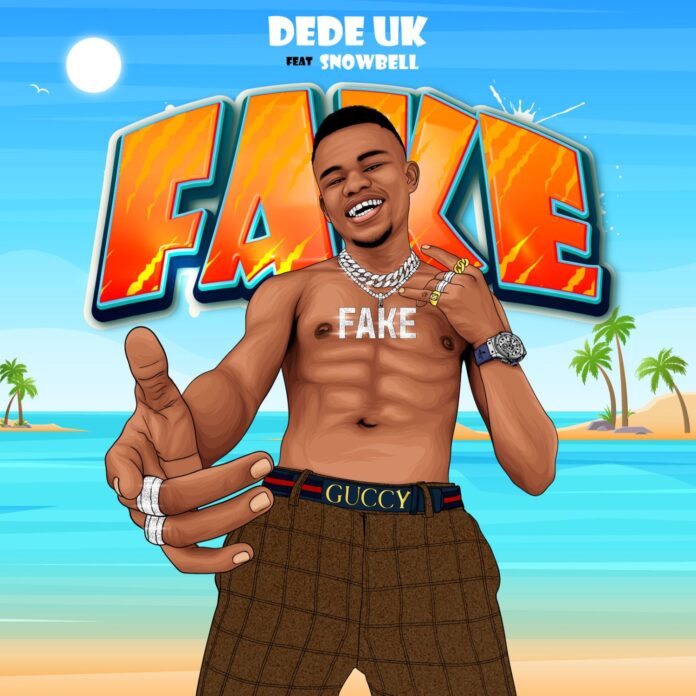 Virally known as Mr Fake, Dede UK marks his name on the trending register with a song called, “Fake.”

Absolutely, Dede UK’s jam, “Fake” has the vocal assistance of talented rapper and performer, Snowbell who jumped on the verses with his unique rap style.

Nonetheless, Dede UK spiced it up with the fine hooks that made the song more catchy while Snowbell had some bars spit on with his amazing natural vibe.

Dede UK has also dropped a challenge on his Instagram account on who will sing the viral song, “Fake” word for word, from the start to the finish. The winning price is 10,000 Naira as music lovers are already jumping on the challenge in no time.

Apparently, the sound was recorded in Pidgin and English Language where it talks about not having time of what people thinks about him. Dede UK boasted on wearing fake designers and chains and rubbing off all forms oppressions to his face.

Currently trending on social media giant, TikTok and other platforms, Dede UK and Snowbell actually did justice to the admirable track and it is worth coping and updating your playlist.

Listen to “Fake” by Dede UK featuring Snowbell below.