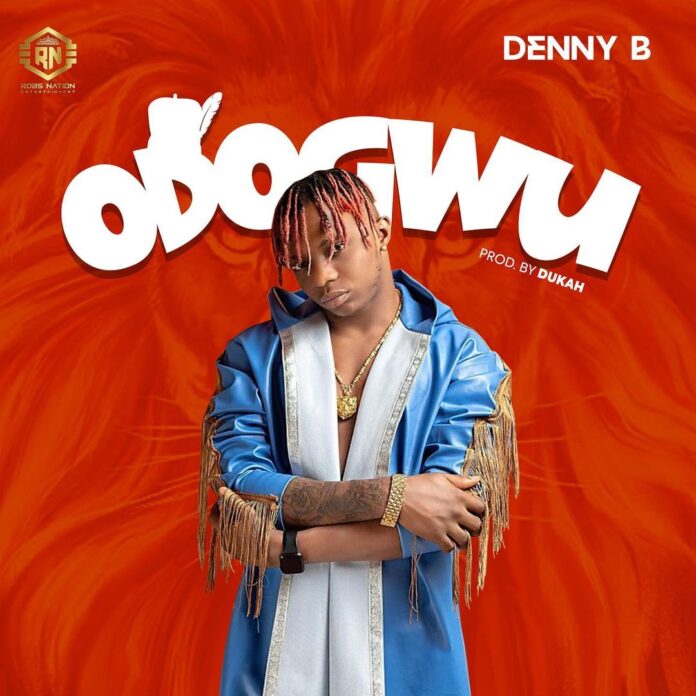 Nigerian fast-rising Afro-beat vocalist, DennyB gave us another motivational tune this period where he called it “Odogwu” (Big Men).

Coming out from the dusty shell, DennyB adds another jam for popular Nigerian Premium Herbal Alcoholic Brand, Odogwu Bitters which is owned and managed by Obi Cubana. Recall, Portable is a brand ambassador to the aforementioned where he signed a 50 million naira deal; he also released an official soundtrack “Odogwu Bitters” for the drink.

Apparently, DennyB rose to prominence after his 2021 breakthrough record titled, “Egbe” which was introduced to TikTok official Nigeria trend that time. The Eastern Nigerian singer and rapper wrapped up last year with a fine tune named “Ndi Ara” and its still having lots and lots of attention.

This is not new to our ears as to what DennyB’s version will look like. He gave the same energy and even added an extra vibe when in the studio booth. Dukah, his usual-suspect in the production engine room was sensational with the instrumental.

Listen to “Odogwu” by DennyB below.