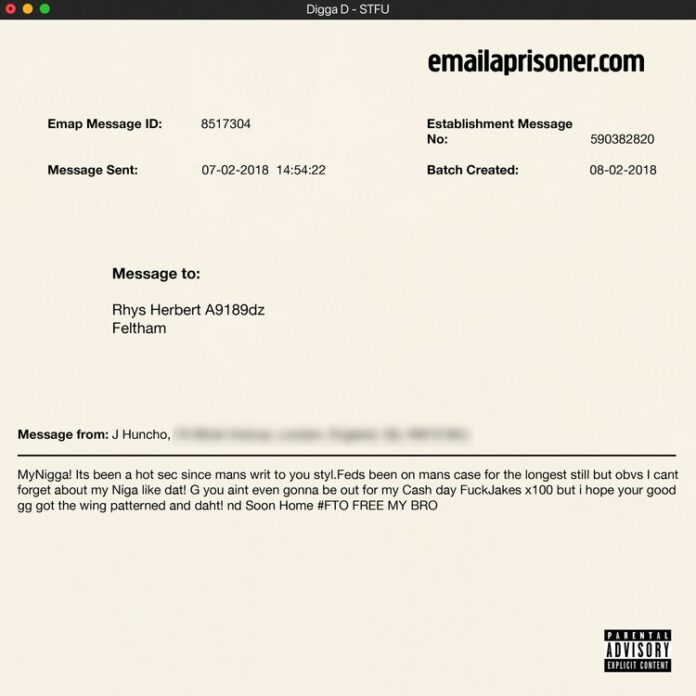 British-bound rapper Digga D has turned up with a fine and interesting rap single which he termed, “STFU.”

“STFU” is an abbreviation that fully translate to “Shut The F*ck up” and he is not even bluffing. With Digga D enabling his vibe and powerful rendition on the track which has solidly become an internet sensation just few days after the release.

The track “Woi,” which was released by Digga D in July of 2020, was well-known all across the world. The tune was also a MOBO Awards finalist for “Song of the Year,” and Complex’s editors ranked it first on their pick of the year’s biggest tracks. However, in October 2020, Digga D issued “Chingy,” another song tune that was likewise successful.

In addition, you might be wondering who Digga D is? Well, Rhys Herbert, often known as Digga D, was birthed on June 29, 2000. He was nurtured at Ladbroke Grove in London, England, where he was birth. He is a 22-year-old man. Digga D apparently started writing his own songs when he was 12 years old. “STFU” is currently sitting on the number one spot on TikTok Nigeria.

If you ain’t shot nobody then shut up (Shh), shut the fuck up (Bang)
Run from the gun and get bun up (Grrt, bang)
Bleach from night ’til the sun up (Grrt, baow)
Between me and you, I’d act the same too if we dropped my nigga’s killer (Bap, bap)

Listen to “STFU” by Digga D below.