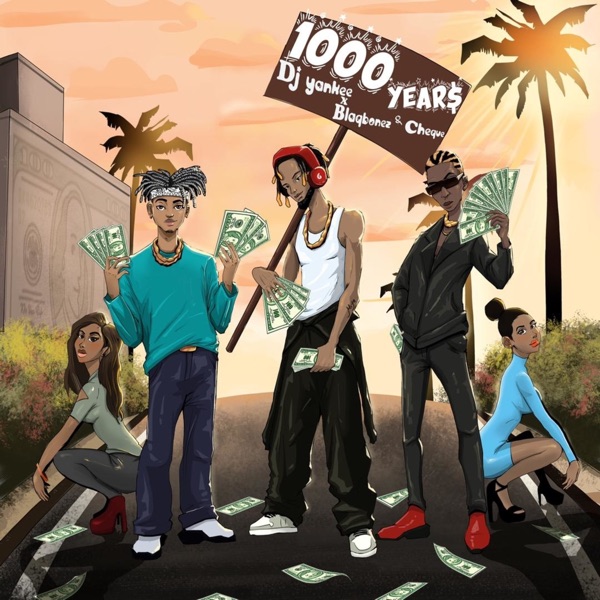 Basically, the craft, “1000 YEAR$” has the vocal aid of close friends and Nigerian hip-hop star, Cheque and Blaqbonez where they both went all for each verses on the track.

DJ Yankee is known for his massive disc scratches and making numerous mixes. His uniqueness has also received accolades from fans worldwide and boss, Dice Ailes who encourages him all the time.

The jam talks about having money that will last for 1000 years where they are ready to spend to the last.

Apparently, the music video has already been made and directed by Olu The Wave with all three performers claiming the role of a delivery agent.

Listen to “1000 YEAR$” by DJ Yankee featuring Blaqbonez, Cheque below.