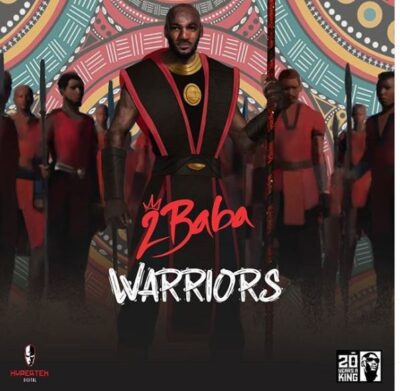 Music legend, 2Baba Idibia presents this brand new single titled “Warriors”, showing he is still the king amongst other entertainers, produced by Bolji.

This is a scintillating single by the living music icon, he returns back his music vibe. 2Baba says has been in this music scene for 20 years now, still killing concerts and releasing hits jam back to back. He is with the music crown, the one that made the music industry highly influential and swiftly for the up and coming generation.

The single is produced by prolific beatsmith, Bolji is the first song off 2Baba’s new studio project and was named after the album’s title, “Warrior”. 2Baba gives a lot of facts to clear the younger generation that are now taking the tag “King” in the Nigerian music scene.

Kindly update your playlist on this one.