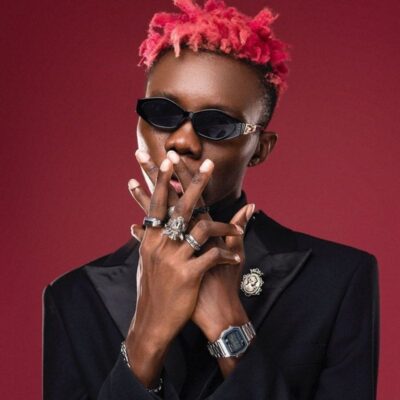 Chocolate City rapper, Blaqbonez has finally responded to Khaligraph Jones diss song with the title “Green Blaq Green” aimed at him. The self-recognised best rapper in Africa came for the head of Khaligraph Jones telling him how his face looks 52 years old and he shouldn’t mess with a Nigerian rapper. Blaqbonez also talked about calling Bobrisky to put his d**k in Khaligraph Jones’s mouth.

Blaqbonez really gave him what he wants on this track via his response.

“Khaligraph Jones you should be flexing n*gga you won the awards, and what this clout chasing grandpa fighting me for, i searched on wikipedia i tried to look up your age, didn’t see none on wikipedia which is it self is disgrace, but thats decide its obvious say you don tey for this place, allow me to assume you are 52 based on your face, clout chasing agbaya you should look at yourself, the Nigerian hype Juice got this n*gga obsessed, you’ve been trying to blow here but no one ever can, M.I, Ice tried to help but it never could work”

Incase you missed Khaligraph Jones- Best Rapper In Nigeria (Blaqbonez Diss), click on the link below;