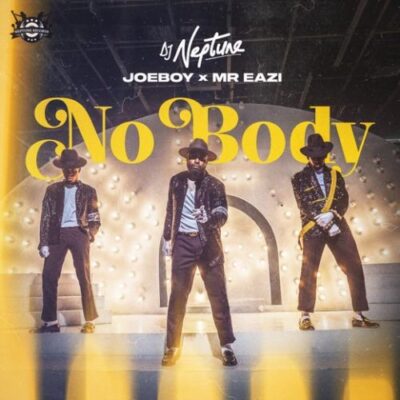 International DJ and sound engineer, DJ Neptune links up with Mr Eazi and Joeboy on his brand new record titled “Nobody”.

Collaborating with this massive talent, the sound is created by Neptune Records in-house producer Magic Sticks, and is the record lifted off from DJ Neptune’s forthcoming studio project titled “The Greatness II [Sounds of Neptune]”.

This record comes as a follow up after the successful release of his debut single of the year and new decade titled “Tomorrow” featuring Victor AD.