Eno Barony – Had I Known 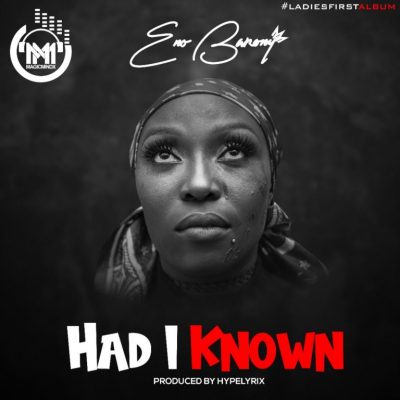 Ghanaian sensational rapstress, Eno Barony brings her long awaited single, “Had I Known” on our desk.

As usual, the female hardcore rapper pounces on the fine instrumental with her hard earned lyrics. She is a lyrical god when it comes to pure rap – Eno Barony‘s style can’t be overthrown so far as Ghana rap industry in concerned.

“Had I Known” is lifted off her upcoming studio album and it serve as a follow-up after her recently massive number named, “Enough Is Enough,” featuring Wendy Shay.

In addition, “Had I Known” is produced by HypeLyrix.

Listen to “Had I Known” by Eno Barony below.