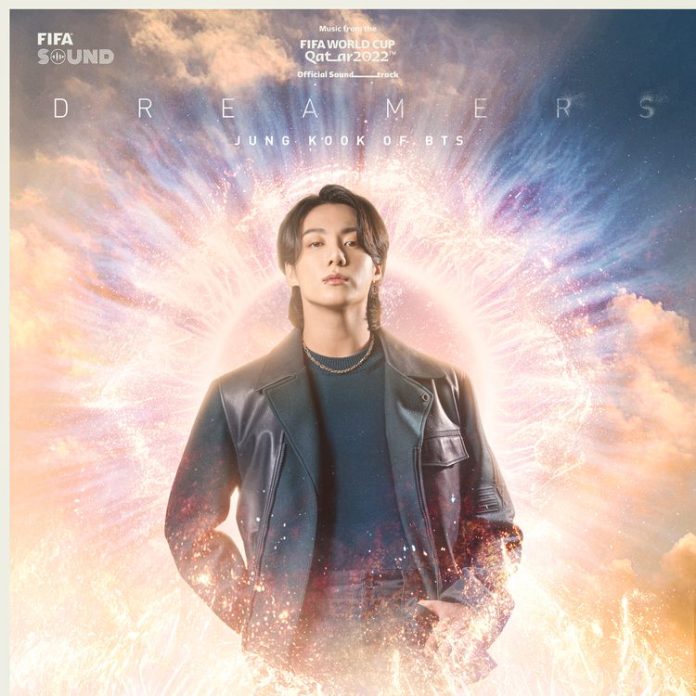 The official soundtrack for the FIFA World Cup Qatar 2022™ has a new song dubbed, “Dreamers” by Jung Kook (of BTS), and Fahad Al Kubaisi.

The tight emotions, the sadness, jubilation, mood swings and all has been going-on in this current FIFA World Cup. Teams has been showing up by putting out a shift and they don’t even predict the outcomes of what would take place in the coming days. FIFA World Cup 2022 hosted by Qatar has an opening song tagged “Dreamers,” performed by sensational singer, Jung Kook (of BTS) and Qatari vocalist, human rights activist, and sound engineer Fahad Al Kubaisi.

Be that as it may, the song “Dreamers,” which has R&B and reggae elements, captures the excitement of a soccer fiesta that take place in November of this year with the entire world following intently. By combining vocalists from the Americas, Africa, and the Middle East, this ballad “symbolizes how music – and football – can unify the globe,” said FIFA Chief Commercial Officer Kay Madati.

Additionally, as anticipation grows for the FIFA World Cup 2022, which begins on November 21, 2022, a plethora of soundtracks are expected to hit the radios in the coming months. With his inclusion, Jung Kook (of BTS) becomes the first South Korean artist to participate on a World Cup soundtrack, which serves as a positive reflection of East Asia as a whole as well as South Korea specifically.

Listen to “Dreamers” by Jung Kook (of BTS), Fahad Al Kubaisi below.