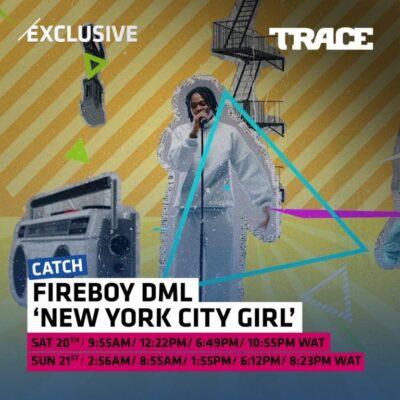 YBNL Nation/Empire records singer, Fireboy DML, comes through as he premieres his much awaited record titled “New York City Girl“. The record comes after the massive success of his 2019 album “LTG” which is still raving on all online music stores.’

Fireboy DML‘s brand new R&B record “New York City Girl” churns out as his debut record of the year and since the unveil of his first studio project, the record was produced by Type A.