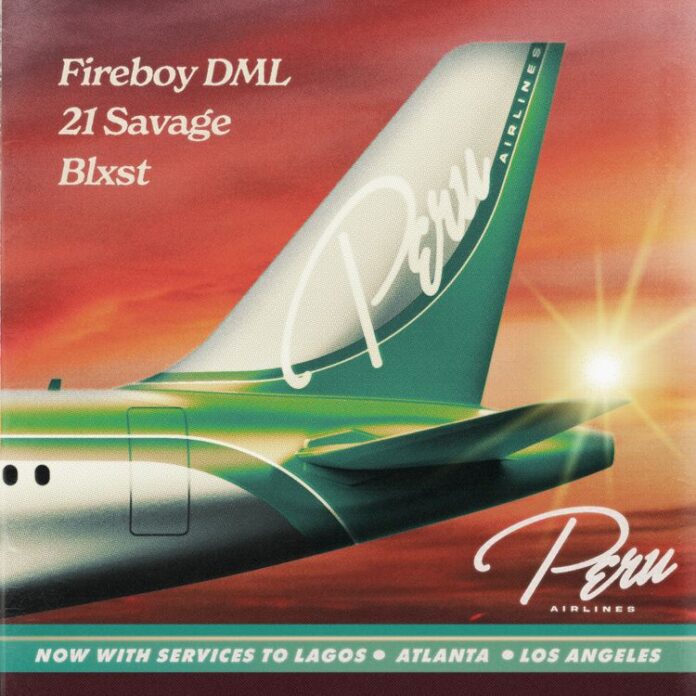 On the studio number, Fireboy DML links up U.S. rappers and performers, 21 Savage and Blxst who gave us a thrilling hip-hop performance. “Peru” is on the international stage already and different version are rocking our speakers.

A quick reminder that the jam “Peru” which is an Afro-Pop number has been running numbers on the mainstream after having the vocal assistance of English prolific song author, Ed Sheeran in its debut remix version; claiming number one spot on Apple Music chart UK making it the first time a Nigerian song has topped that chart.

Apparently, the studio record “Peru” has an Acoustic version and which was the most recent version released. Now, can we call this an American version of “Peru” (Airlines)? Well, music production has assisted hands from Kolton, originally produced by Nigerian prolific producer, Shizzi.