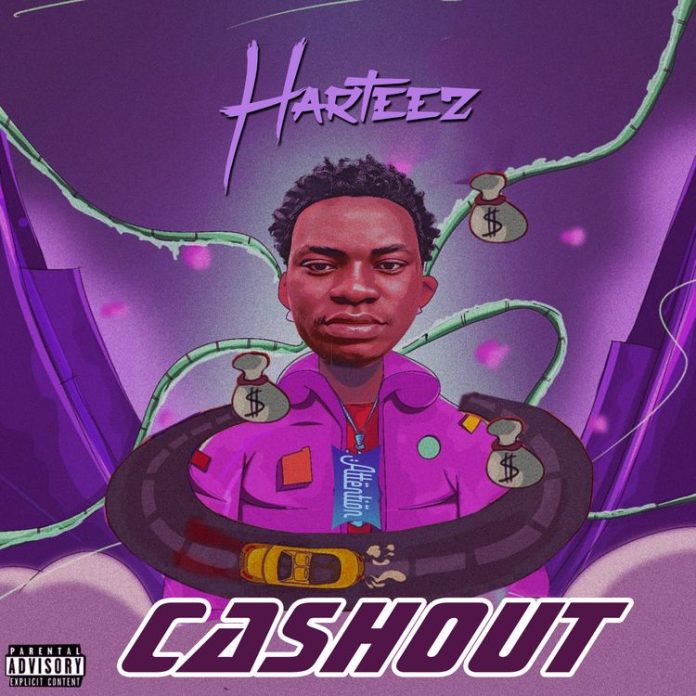 The Attention Records proudly presents this amazing studio record from her employee Harteez which is tagged as “Cashout.”

On the studio number which is highly inspirational, Harteez discusses things that would benefit every listeners in his or her daily life activities. Just as the title describes, “Cashout” is a nice Hip-Hop studio record where the artist gave us some wild lines and verses swiftly recorded majorly in Yoruba Language. Infusing pidgin and English Language was a perfect way to connect to his listeners.

Acknowledging the song, Harteez wrote: “So this song is for every one out there,male and female working,hustling and striving hard to make ends meet,I pray we shall be victorious and make big cashout than our expectations.”

You might be wondering who Harteez is – Born and raised in Lagos State, Nigeria, Harteez is a rap artist, performer, and composer. When he published his song “On God,” which included award-winning Marlian Music recording artist Zinoleesky, he made headlines. The song has received over 400k plays on Boomplay so far.

In addition, the record “Cashout” was produced swiftly by talented beat maker Dr.bigmoneybeatx.

Listen to “Cashout” by Harteez below.