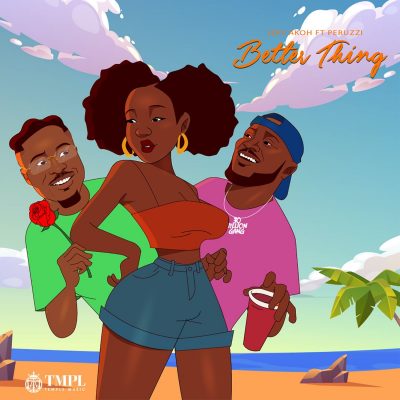 Nigerian talented vocalist, Jeff Akoh comes out with the remix to his raving sound, “Better Thing.”

Here, Jeff Akoh enlists the support of DMW vibes machine, Peruzzi who added a spicy rhythm to the melody.

Jeff Akoh won the season 8 of the MTN Project Fame West Africa and he won the show as the youngest winner (at the age of 18). Jeff Akoh schooled in Federal Government Boys’ College (FGBC) Garki – (Republic House) where he graduated in 2012, then he moved to Ghana to further his learning in a higher institution.

Jeff Akoh and his brother has been a great singer having had an appearance on the defunct Naija Glo Sings, sponsored by Glo. He joined Chidimma Ekile and a host of others as he won the 8th season of the Project Fame West Africa.

Finally, the jam has production assistance from Blaise Beatz.