Kida Kudz – In My Country 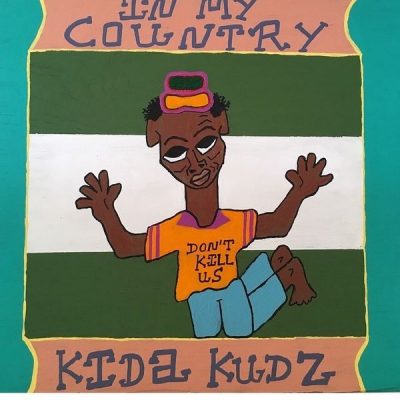 Jiggy Boyz act, Kida Kudz comes to the studio light with a brand new sound, “In My Country.”

Kida Kudz has joined other celebrities as he airs his voice on the on-going #EndSARS protest in Nigeria. “In My Country” talks about how we need to put an end to police brutality in the nation and how he was affected where the people who were suppose to protect him, brutalize him.

Just recently, the international bodies has urged the Nigerian Government to do a thorough investigation on the shooting at the Lekki Toll Gate in Lagos State, with scores reportedly killed and injured.

In addition, “In My Country” is a high quality sound with top-notch performance from Kida Kudz. It serves as a follow-up after his well accepted melody, “Don’t Be Shy.”

Listen to “In My Country” by Kida Kudz below.