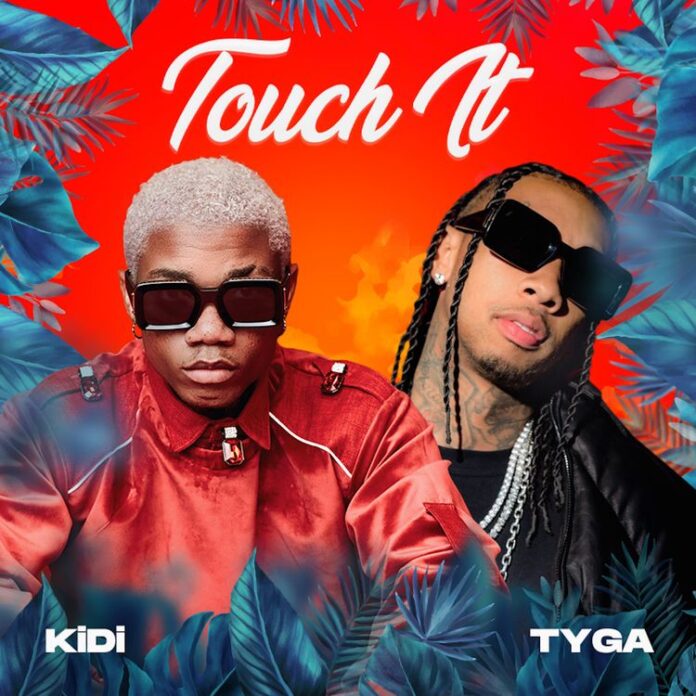 Lynx Entertainment headliner, KiDi has finally gifts out the remix to his previous smash studio number termed, “Touch It.”

On KiDi’s newest entry, “Touch It” (Remix), KiDi looks for the perfect match as he settles for the huge vocal prowess of U.S. rapper and fine singer, Tyga who gave out his unique and standout vibe on the verse. Just before he unveiled the sound, KiDi teases with his official IG handle where he announced the collaboration with the American act. Although, Tyga added some hip-hop ingredients on the Afro-beat sensational melody.

Nonetheless, the initial stunning craft which was unbolted last year was fetched off his most-recent studio body of work, “The Golden Boy” album hosting African acts like Kuami Eugene, Patoranking and many others.

Subsequently, the music video to the sound “Touch It” (Remix) is already in place and will be made accessible for our viewing contentment on the 17th of February, 2022. The music visual was filmed and put togther by heavyweight filmmaking brand, Rex films.

Listen to “Touch It” (Remix) by KiDi featuring Tyga below.