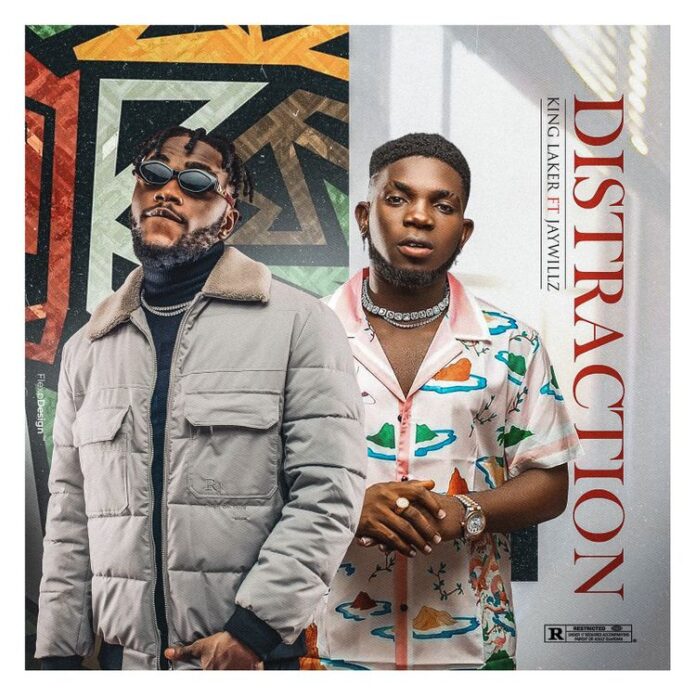 After much delibration on who will swiftly grace the melody, there is no other better one than Jaywillz himself who added his “Medicine” vibe on the sound.

Who could imagine tht Jaywillz will become one of the most look after singer? At some point, i thought he would be a one-hit wonder but his contribution on Olamide’s single, “Jailer” was not coming from an amateur – Rollboy definitely knows how to rule the rhythm. I know how Jaywillz has been working tirelessly in the studio to give us the best despite having a hit song. His passion for music aids him alots and turning out as one of the stand-out singer on “Distraction,” King Laker has every reason to celebrate having him on the table.

King Laker is one act and music personality that doesn’t showboat. His talent speaks for him continuously and his recent outing, “YOU” is still buzzing on every speakers. “Distraction” acts as his sophomore craft in 2021 and as it seems, he might use it to wrap the year up. Jaywillz’ vocal addition was a craft ordained and endorsed by God; he is simply exceptional.

Apparently, as the title describes, the jam talks about not minding any distraction as they focuses on what goal they tend to achieve. Jaywillz was in full control of the chorus where it had back-up from King Laker.

Lastly, “Distraction” was produced and had the engine room controlled by sensational beat smith, C Major who handled the situation perfectly well, making it a certified studio hit.

“they said them jonze me, i was standing lonely, but i no lose focus oh, steady carrying my on own cross oh, and if i put you my shoes, and if e pain you oh, you go know say life no be beans and i can’t buy anything, now let the girl their thomas, thankGod God don call us, me i look straight i dey focus, cause girls wan chop me like locust now x2, cause i don dey there, me i no need no distraction i put in work (put in work) x2, early in the morning i wake oh, early in the morning i pray oh, i pray to Jah for grace oh, i focus on my race oh”

Listen to “Distraction” by King Laker featuring Jaywillz below.