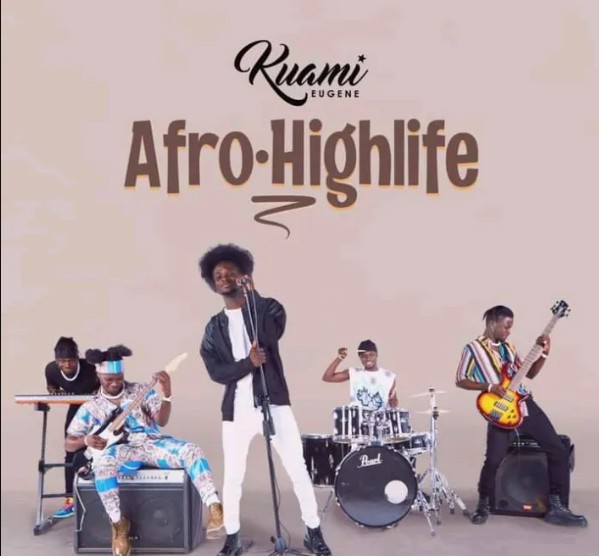 “Bunker” by Kuami Eugene is fetched off his just-unveiled studio project, “Afro-Highlife” EP and was seen as one of the leading sounds off the project.

Kuami Eugene has been a special breed in the African music force and his contribution in the past has always keep Ghana’s recognition intact. He had a wonderful adventure in 2020 with the album, “Son Of Africa” which has lots of collaboration with Nigerian stars.

Kuami Eugene’s project spans from true life story to love reality. “Bunker” sings about being safe in a bunker and why girls wants to follow him because of the money he is possession of. Kuami Eugene’s style is different from the rest and his energy to give us this Afro raggae bop is what makes it glowing.

Additionally, the project, “Afro-Highlife” EP moves away after the massive acceptance of his previously heard studio masterwork, “Son Of Africa” album.

“am i the only one on the dance floor, cause they are waiting patiently for my downfall, fair money gun like a round ball, i’m in the mud they fight i dey stand tall, cash in my balcony, all of the girls wanna follow me, more money more enemies, but you will never know peace if you want to kill, mad vibe die by fire x4, squander na because of you wey i drop this banger, … from the top to the under, i dey feel safe when i’m in that bunker bunker x2”

Listen to “Bunker” by Kuami Eugene below.