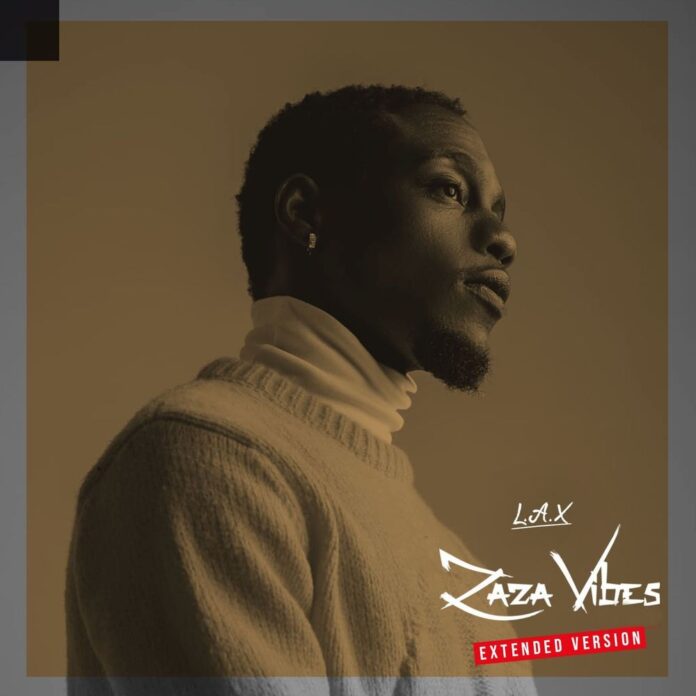 With the title, “Ayaya” which is always known as Bella Shmurda’s voice emblem on records, your brain could decipher that Bella’s contribution was really needed on the track. The Dangbana Republik hitman was found with his nice chorus while L.A.X got the situation under control with his massive verse.

L.A.X seems busy at the moment as he agrees a staggering music distribution deal with international music company, EMPIRE. The song, “Ayaya” was lifted off the extended version of his previous studio work of art, “ZaZa Vibes” album.

Nonetheless, the studio album houses 15 fine Afrobeats with assistance done by talented entertainers like Tekno, Mr Eazi, Peruzzi and lots more. In addition, the sound was produced by Sarz where L.A.X had a fun time in the studio with Bella Shmurda as seen on his instagram account.

“i don face kasala, we don jam musapa
shey you know the matter, we don see lagbaja
my baby burst up and whine, tell me you are God design
my baby stand up and dance, if not i go call…,
the matter don change omo game over, back then them call us see legover
oluwa come give them the leg over,now we dey show omo take over,
the matter don change baby come over….,
ayaya zaza ayaya, terri ayaya, bella ayaya, zaza ayaya”

Listen to “Ayaya” by L.A.X featuring Bella Shmurda below.