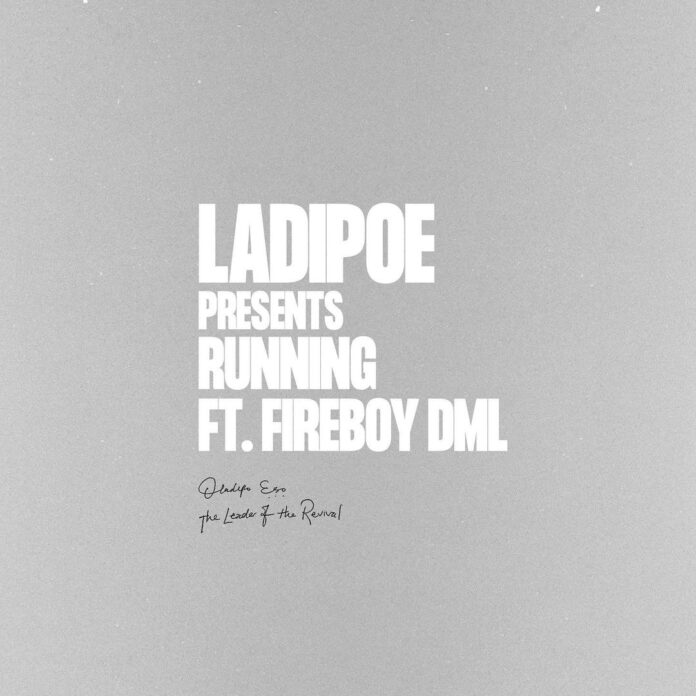 Leader of the Revival, LadiPoe has this fine hip-hop tune on our desk named, “Running.”

Acquiring the vocal signature of YBNL/EMPIRE star Fireboy DML, LadiPoe’s new number, “Running” is a love-struck single that has all the attributes and features of a quality love song.

The rap included in the verses is very nice where LadiPoe displayed lyrically that he can be a beast in the game. Fireboy DML hosted the chorus part vehemently and his contribution on a last part was needed to wrap up the good works they have put on the craft.

LadiPoe was involved in Johnny Drille’s recent studio work on one of the leading track, “Driving In The Rain” where his rap game was everything that was required on the wonderful piece. LadiPoe also registered a hit track in 2021 named, “Feeling” featuring Buju and since the song was released, it has become a street anthem; where every kids in the street mimics the lyrical content.

Now, LadiPoe comes with his sophomore studio work in 2021 and he is hopeful it will gain the same reception “Feeling” had. With swift rhythm and simple key, Fireboy DML’s chorus talks about having no time and energy in pursuit of better life. There was a teaser on Instagram about the song dropping on Friday.

A post shared by Leader of The Revival (@ladipoe)

In addition, the song was produced by Andre Vibez who was also the brain and mastermind behind his previous hit song, “Feeling.”

Listen to “Running” by LadiPoe featuring Fireboy DML below.