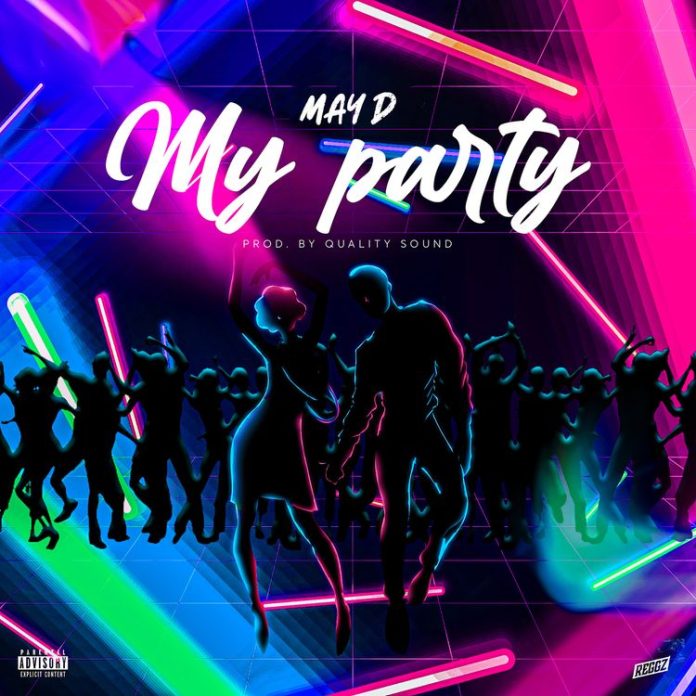 On the studio number, May D talks about more intimate issues and how he had the party on his palmAfter taking a temporary break from the music business, “My Party,” his third studio record of the year, is released. With the help of 30BG, Davido, the head of DMW, brought his style back to life.

May D, meanwhile, seems to be enjoying a tranquil existence and his artistic potential is still unrealized. This song, “My Party,” comes after his most recent innovation, “Ole,” which was published a few weeks ago. He still has it, and this time he will continuously release music.

Last but not least, a well-known Nigerian beat maker named Quality Sound succeeded in making the music production worthwhile. May D has not yet fulfilled his pledges to his supporters because he still has work to do in the coming months.

Listen to “My Party” by May D below.