May D – Stop Killing Us 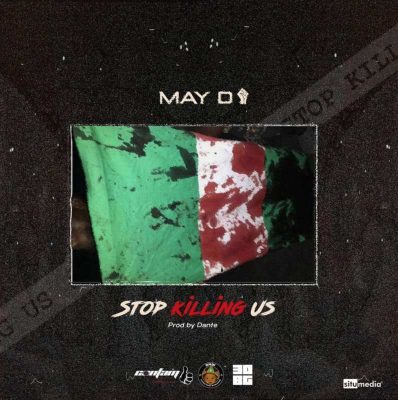 Confam Entertainment with DWM/30BG affiliate presents this tune by May D called, “Stop Killing Us” – a voice to the drowning #EndSARS protest in the country.

May D who has been a strong advocate for #EndSARS movement on social media is here with a song that represents that movement and to put an end to police brutality in the nation.

A Black Tuesday (20/10/2020) for Nigerians as the massacre that happened at the Lekki Toll Gate is still undergoing investigation where we have had series of drama with the most recent that displayed how former Lagos State Governor, Fashola discovers a camera after 5 days of the aftermath, he tends to use the camera for further investigation.

“Stop Killing Us” moves away after the success of his recent massive record, “Molatiwa E“.

Not saying much, “Stop Killing Us” is produced by talented music producer, Dante.

Listen to “Stop Killing Us” by May D below.