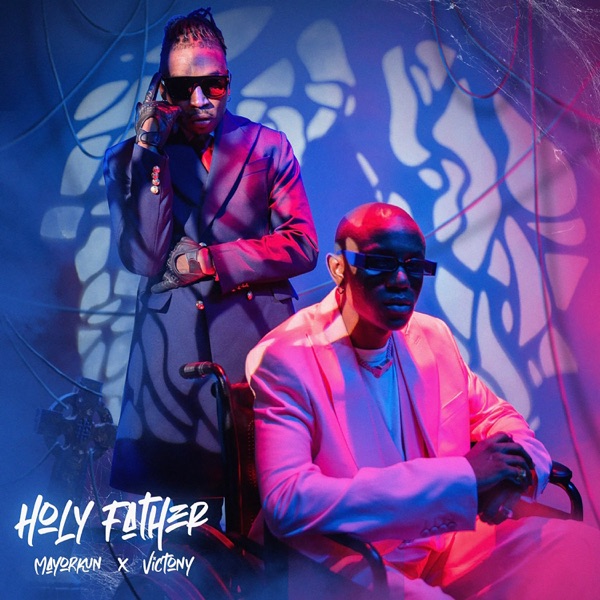 Everyone wants to work with Victony at this point in time. Fondly called Mayor of Lagos, Mayorkun showed his mayor status by ushering this new ballad song dubbed, “Holy Father”; the sound will be on everybody’s lips as it came with a satisfying Afrovibe feel that will make you want to hit the dance floor.

Victony had all work done on the craft, “Holy Father” where he took control of the chorus and the bridge. Mayorkun assisted him vehemently but if you want to ask me on who had a better performance on the craft, i’d say Victony did justice to the energetic bop sound.

Previously, Mayorkun dished out a staggering studio record, “Back In Office” which serves as his introductory track to his upcoming studio project, “Back In Office” album;  it will be made available on all digital platforms on the 29th of this month. “Holy Father” is just tip of the iceberg.

Mayorkun also had a wonderful rendition on his 2021 debut, “Let Me Know” and rumours flying that he had a face-off with his boss, Davido is still going strong but we don’t want to believe that. Mayorkun is of a different breed in Afropop and losing him at this crucial point is not what any music executive should be facing.

Notwithstanding, this jam comes as his third official studio record of the year and it is noted as one of the standout track off his upcoming musical work of art. Victony and Mayorkun connecting spiritually to the Afropop tagged, “Holy Father” is what will make your day.

Conclusively, the song was produced and coordinated by talented music producer, Semzi Beatz. Meanwhile, the musical album, “Back In Office” houses 12 quality tracks with great invites from African stars like Gyakie, Flavour, Victony, Joeboy, DJ Maphorisa and many more.

Listen to “Holy Father” by Mayorkun featuring Victony below.