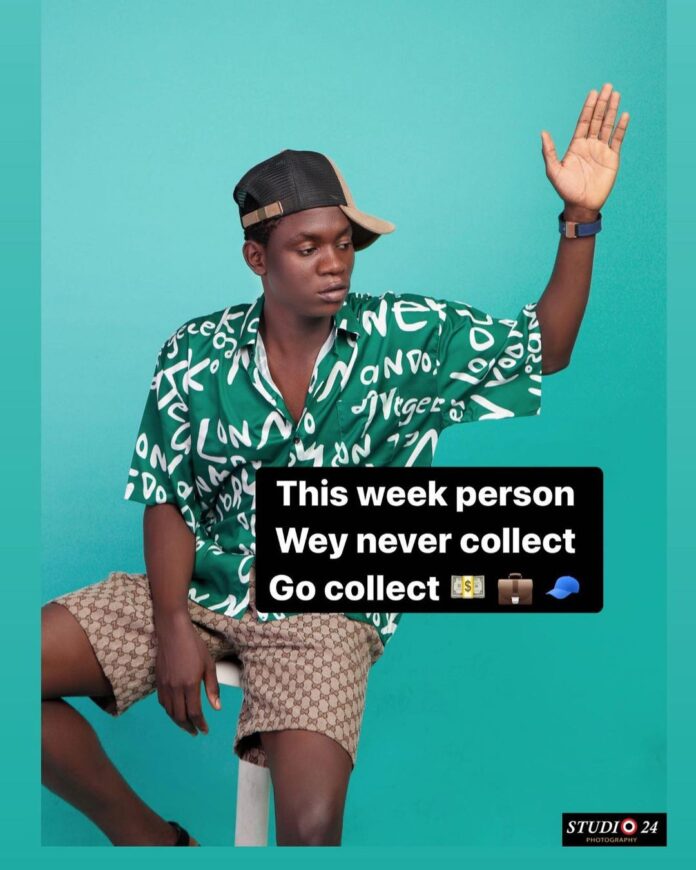 If someone taps and tell you that a rare gem in the comedy industry like OGB Recent will be making everyone happy in 2022, it is certain that you won’t agree with that. Taking the bill by the horn by enthralling fans with his own cultist style, he brings up a fine tune named, “Abi You Wan Collect.”

His fame hasn’t matured yet and he is already getting all the credit he deserves. Adding his accolades with endorsement deal including Betfuse and also adding a luxury car, Benz to his collection, 2022 saw OGB Recent from afar and hugged him closer to her heart.

Apparently, the sound “Abi You Wan Collect” by OGB Recent is already making wave on TikTok with fans already recording and using the sound to create contents online.

How did he come to limelight? With the little we know, he is popular with his green and white shirt where he was seen in a viral video asking a bike man after a ride “you dey ask cultist money, abi you won collect…” OGB Recent has finally found a way to make Nigerians proud with his “cult jokes” and putting it in a song, “Abi You Wan Collect” is what people wants to even hear more.

OGB Recent is known with the real name, Micheal Charles and with lots of involvement with the comedy greats, he has most things to achieve in the future. He has always preach against cultism but making people laugh is what he really cares about.

Lastly, this full song titled “Abi You Wan Collect” is already out and ready to take over the mainstream; occasionally taking us to the dance floor.

“Abi You Wan Collect” has some catchy lyrics like:

Listen to “Abi You Wan Collect” by OGB Recent below.