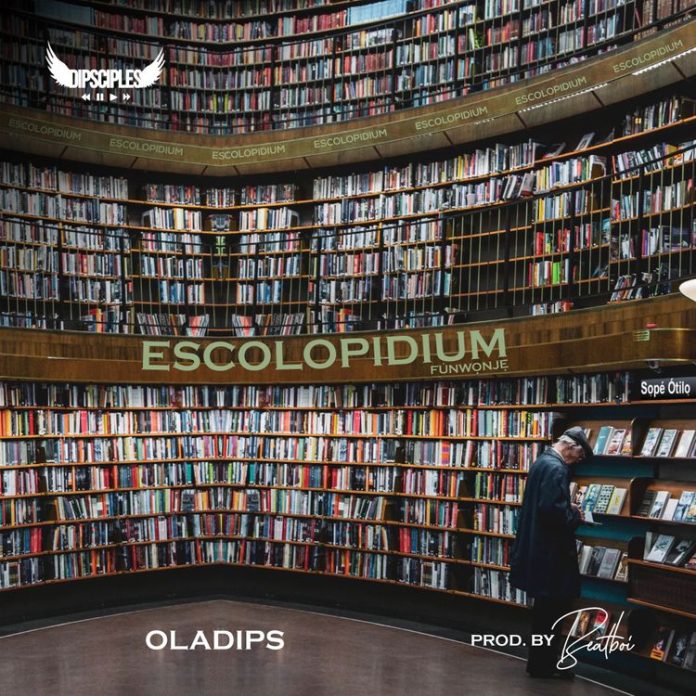 According to reports, OlaDips has had a prodigious recent run of great sound and is one of the top rap recording artists since the year’s beginning. Coming as a follow-up to his recent outing “The Boy” alongside T Dollar, he pulled his talented self closer to us with the music “Escolopidium” (Funwonje), keeping us all riveted to our speakers.

Lately, OlaDips was spotted with a stunning body of studio work called the “Ajala Travel” EP, on which he featured several variations of the mega hit song “Kwaku The Traveller” by Black Sherif. OlaDips connected beautifully with his lyrical and rhythmic value as he gave a magnificent performance of the song “Escolopidium” (Funwonje).

Beatboi, a competent beat producer, coordinated and attractively crafted the music creation. OlaDips is not slowing down as things stands. He is still a work in progress and his addictiveness as a rapper is what is making him standout amongst his colleague.