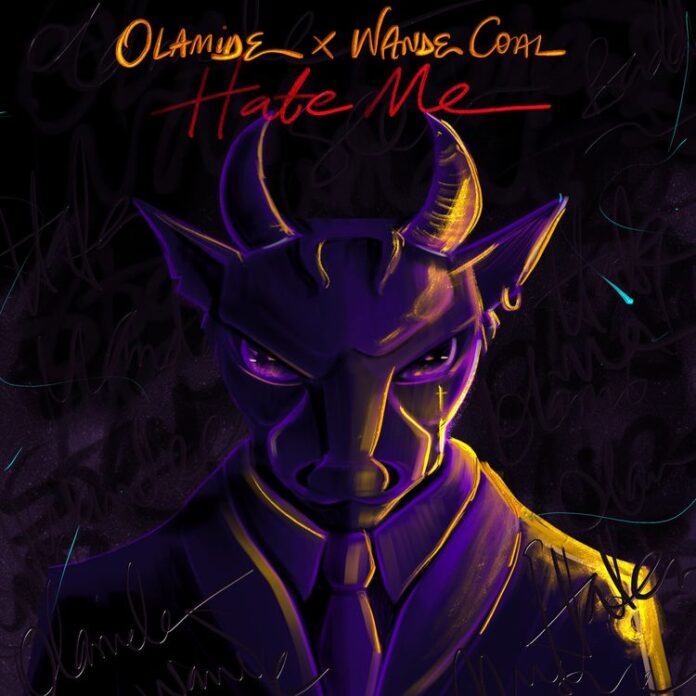 YBNL Nation headmaster and leader of the music street rebels, Olamide lets us know how much he missed us with this street vibe named, “Hate Me.”

Acquiring the vocal accomplishments of legendary Afro-beat representative and Black Diamond star, Wande Coal, “Hate Me” displayed Olamide‘s usual singing and indigenous rapping style. He re-ignited his flames at the beginning of the sound while Wande Coal assisted him when his part was needed.

Olamide was so busy in the transfer market recently after securing the signatures of Afro-beat talented stars like Asake and Jayboi. As Fireboy DML was also registering international collaboration, he was just monitoring the situation and decided to hit us when this impressive studio number, “Hate Me.”

However, the studio craft is rumored to be part of his upcoming work of art (without mentioning the title), where he once revealed that the project might be the last of him we can be seeing in the future. Olamide was part of his new signee’s debut project, “Ololade” EP where he featured on “Trabaye” and “Omo Ope.”

Serving as his official debut for 2022 after his tremendous studio album “UY Scuti,” there was no other person rather than P.Priime who could do a better job on this massive combo from this legendary stars (Olamide and Wande Coal).

Listen to “Hate Me” by Olamide featuring Wande Coal below.