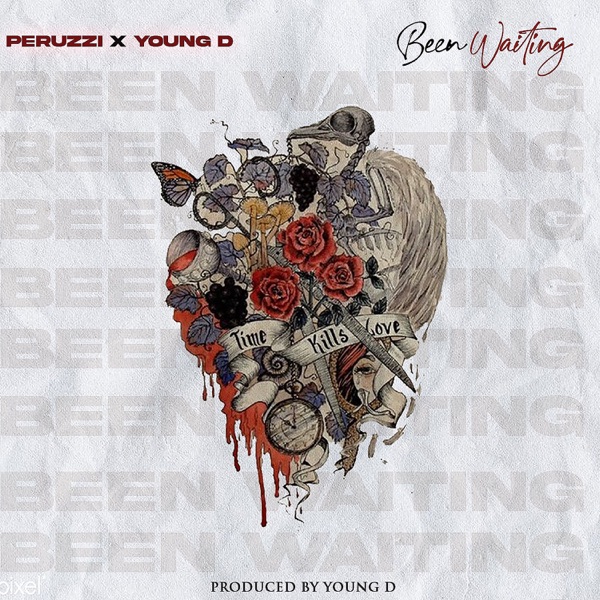 Huncho of Africa, Peruzzi makes all doubt clear with this love-struck melody tagged, “Been Waiting.”

The DMW/30BG star Peruzzi who was wholeheartedly involved in a recent studio project, “Rum & Boogie” album still making numbers on streaming apps adds the pros and not the cons of Nigeria music producer, Young D as they all blazed swiftly on the song, “Been Waiting”.

This is not the first time we have heard that name, Young D; he is one of the most startling sound engineer in the last 20 years in the Nigeria’s music industry and how Timaya uses his services almost every single time is one secret all music producers should try and find out and emulate when found out.

The jam, “Been Waiting” is a calm melody where Peruzzi Vibes took control of the chorus, making it more emotional to our listening contentment. Young D who has more accolades in music production adds his loveable vocals on the second verse. His vocal dexterity and controllability makes him sound as if he has been doing the singing professionally; i’m trying to say he did justice to his part which will make the jam reach places.

Just as the title inscribes, “Being Waiting” describes how he waited patiently for the love of his life. The bop was recorded with a fusion of English and Pidgin Language where it shows why Peruzzi’s best is yet to come in 2021. It comes after the success of his recently-released album, “Rum & Boogie” album.

Aside hosting the second verse, Young D also unleashed his sound engineering’s touch where it gave it a special instrumental for Peruzzi’s vocals to be more fitting and welcomed.

Listen to “Been Waiting” by Peruzzi featuring Young D below.