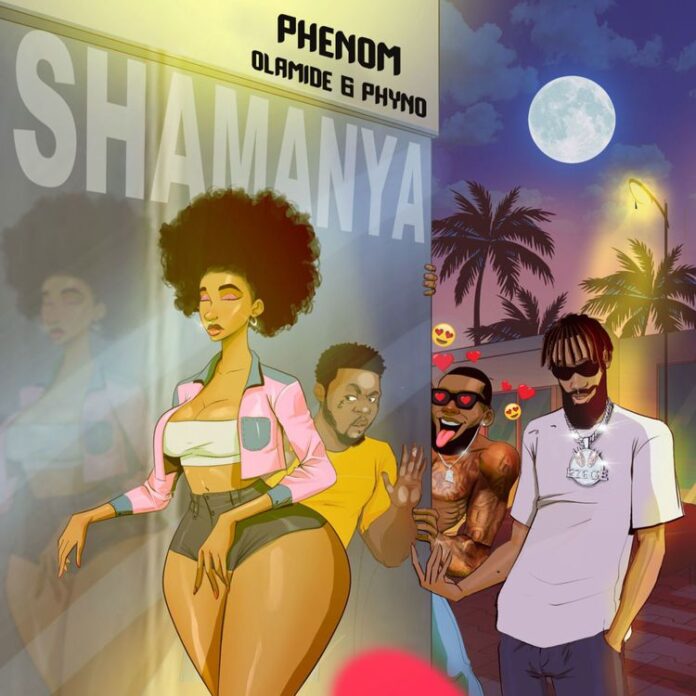 Itopa Chulo, Phenom‘s lastest song, “Shamanya” extends the rap prowess of Nigerian indigenous rappers, friends and colleagues, Olamide and Phyno. Olamide went straight to spit some bars on the song while Phyno Fino has to switch to unleash his singing aspect.

With the release of his recent work, “Shamanya” by Phenom will be an introductory track to his forthcoming studio project which will be seen in no time.

Nonetheless, “Shamanya” was distrubuted by Azuri Music with sole license to KingCity88; available for your aggressive streaming on all digital streaming platforms.

Finally, the song was self-produced with Phenom getting hold of the chorus while Olamide and Phyno did what they were expected to do.

Listen to “Shamanya” by Phenom featuring Olamide, Phyno below.