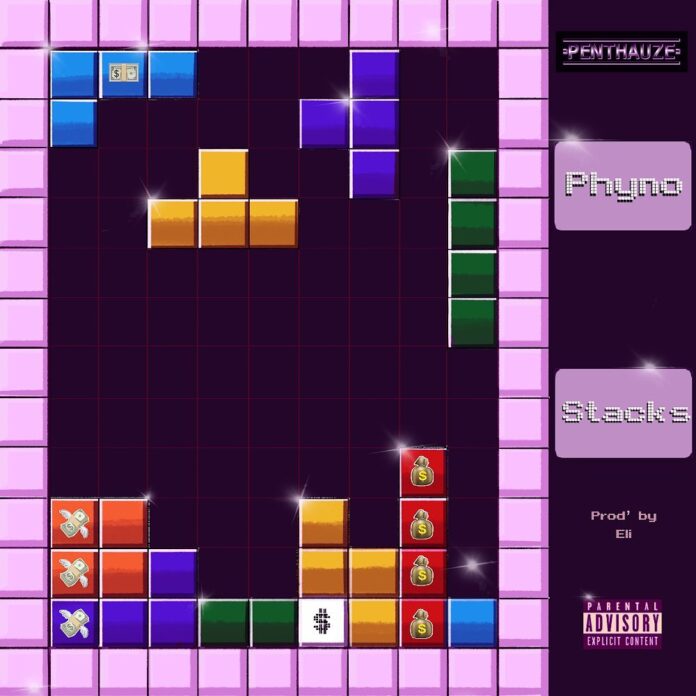 Apparently, “Stacks” talks about having enough money to do anything he feels like doing. Phyno Fino (Ezege) serenades very hard on the instrumental.

Phyno clears way for the preparation of his fourth official studio album, “Something To Live For” which is a follow up to his recent project released in 2019. “Stacks” is one of the leading song off the project.

Phyno has shown how versatile he can be from pouncing on instrumentals with singing prowess to rapping his way indigenously like a no-brainer.

Subsequently, Phyno has been making waves with his recent outing, “Bia” and he couldn’t hold his joy but to prepare his fans a massive project, “Something Yo Live For” album.

The album should be made available on all digital streaming platforms before the end of October 2021. Phyno’s legacy is still intact at the PentHauze where he saw the addition of Cheque, Nuno Zigi, Rhatti; admirably they are all doing well with Cheque dominating music charts with his most recent album, “Bravo.”

Furthermore, the song had production assistance from talented sound maker and instrumental manufacturer, Eli who came thrilling on the hip-hop beat; adding special keys for the ear absorption.

“Stacks” has some catchy lyrics:

Listen to “Stacks” by Phyno below.