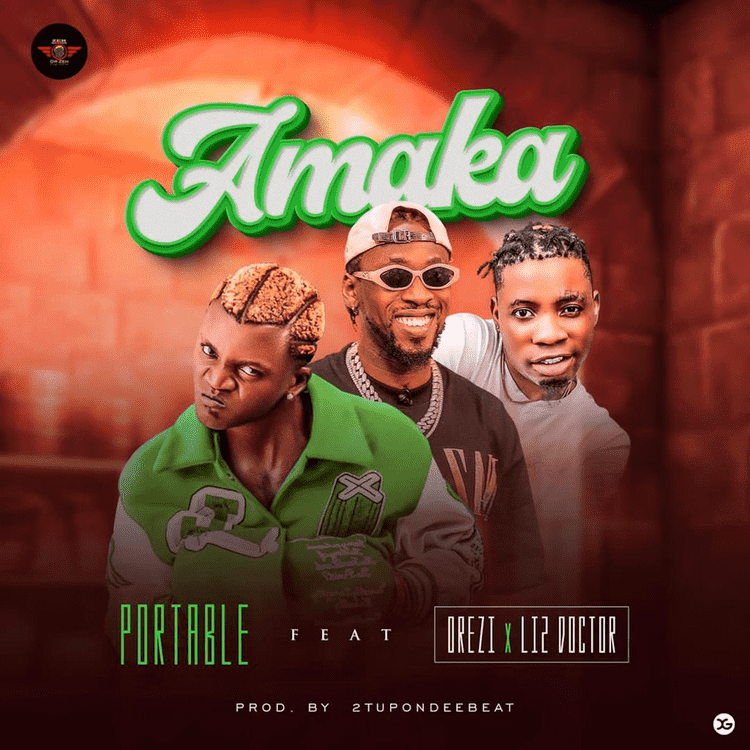 Number one Nigerian street sensation at the moment, Portable has unleashed a spanking new Afro-beat ballad which he called it, “Amaka.”

By adding vocal accompaniment from two talented Nigerian musicians in the manner of Orezi and Li2 Doctor where they all played their role perfectly, Portable expands its collaborative capabilities as he gets acquainted with new folks in the music industry. After recent episodes of smash records, the Zeh Nation’s upcoming serial hitmaker, Portable, adds “Amaka” as yet another classic Afro-beat tune.

Portable returns with this brand-new astounding single, “Amaka,” following the release of his last song, “Expensive OG,” along with its accompanying music video. Nonetheless, after his entry into the music industry as a result of his high number of airplays on multiple music streaming services, Portable has been releasing blockbusters back-to-back, non-stop.

Lastly, as a result of Portable’s subsequent hit, he has hinted on having a body of work coming up that will be publicized pretty soon. 2TUPOnDeeBeat was exceptional in the music production room while Orezi and Li2 Doctor did their own part to ensure the song is on everyone’s lips.

Listen to “Amaka” by Portable featuring Orezi, Li2 Doctor below.

Check out more songs from Portable on AbegAbeg;