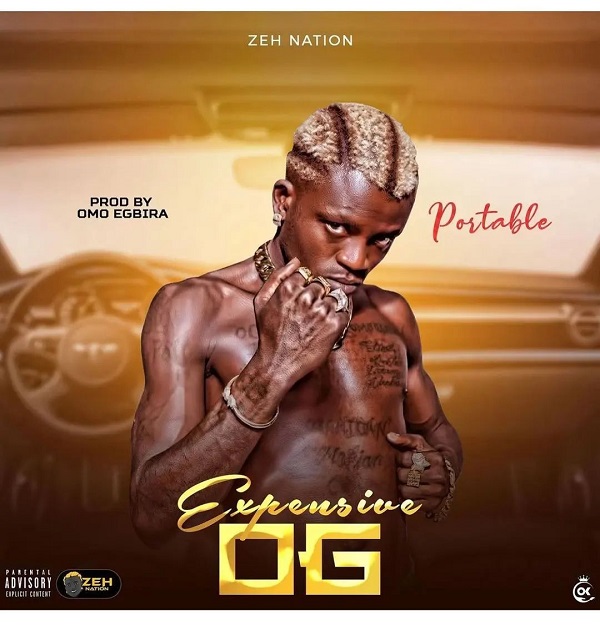 On the record entitled, “Expensive OG,” Portable sang about money and how he won’t relent until he makes that money, insisting money and him is like 5 and 6. Portable’s latest instalment comes after he was seen recently with an electrifying Afro-beat number termed, “Hello” alongside Marlian Music man, C Blvck.

With this being his fifth single of the year, the fast-rising musician shows no signs of slowing down. Portable, a great Nigerian singer and hit-maker, enthralls his audience once again with a stunning studio melody titled “Expensive OG,” which is aimed squarely at the street.

Lastly, the artist recently received two nominations for the upcoming 15th Headies award presentation, which will take place in September. Portable’s fresh and appealing studio ballad was also produced by Omo Egbira, who also contributed heavily to the instrumental.

Listen to “Expensive OG” by Portable below.