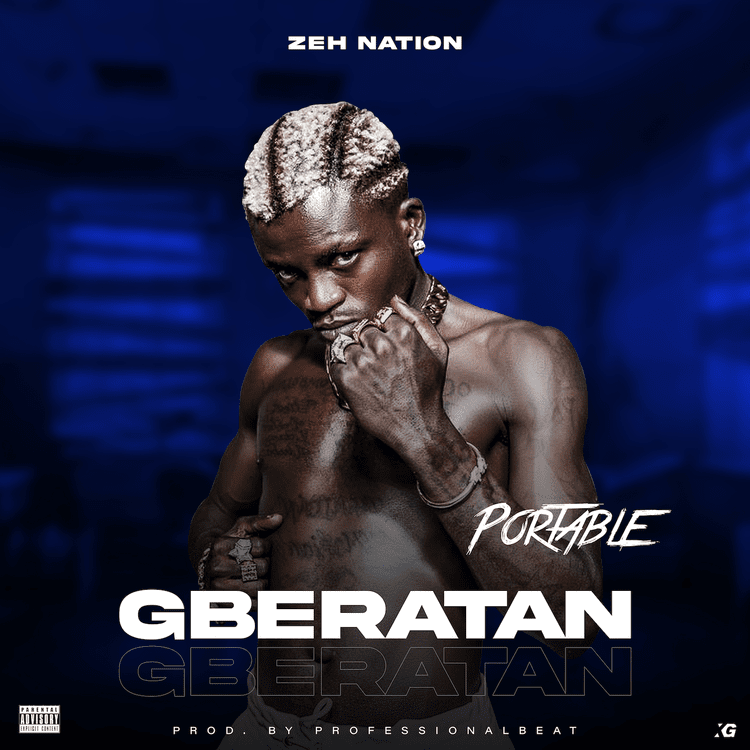 Zeh Nation representative and street musician, Portable adds another music to his music collection where he named it, “Gberatan.”

However, Portable who is known with his constant controversies online, returns back with a fine street number, “Gberatan” as he is not slowing down just entertain his fans with his consistency. Portable has the inner vibe he included in the craft with the jam getting the accolades it really deserved.

Apparently, the “Zazoo Zeh” hit-maker, Portable is one of the major headliners in the music industry this year where he is seen with back-to-back smash jams referring to his previous statement about ‘Never going back to the trenches.’

Nevertheless, he was seen with a studio project few weeks ago called, “Wanted” extended play. The studio body of work has been well-accepted by the majorities and fans are also demanding more from the Zeh Nation specialist.

In addition, the jam talks about the love he has gotten so far from his closest as he prays to the Almighty for more wealth to his name. Portable also used the opportunities to thank his sponsors coming through for him with music production made by ProfessionalBeat.

I pray for money and grace oh
Only God knows tomorrow
If no be God where I for dey
Badder man dem, Dem dey yimu yimu

Listen to “Gberatan” by Portable below.