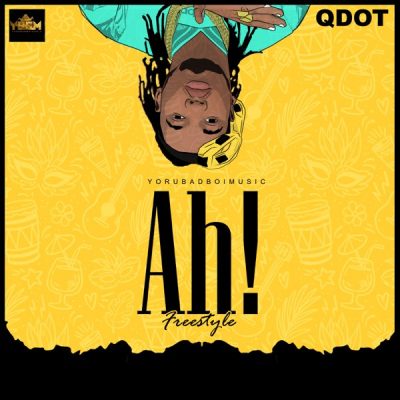 Qdot lifts our moods high with this blazing freestyle which he called it, “Ah!”; and it moves away from his just concluded record, “Kokanmi“

Qdot’s newest sound, “Ah!” (Freestyle) is a well created freestyle for his fans this summer as the singer tries to display how far his talent can take him.

Lastly, Qdot’s rumoured sophomore studio album, “Alage” is almost 90% done and should be distrubuted on all digital platform by some couple of weeks to come.

Get the MP3 file below;