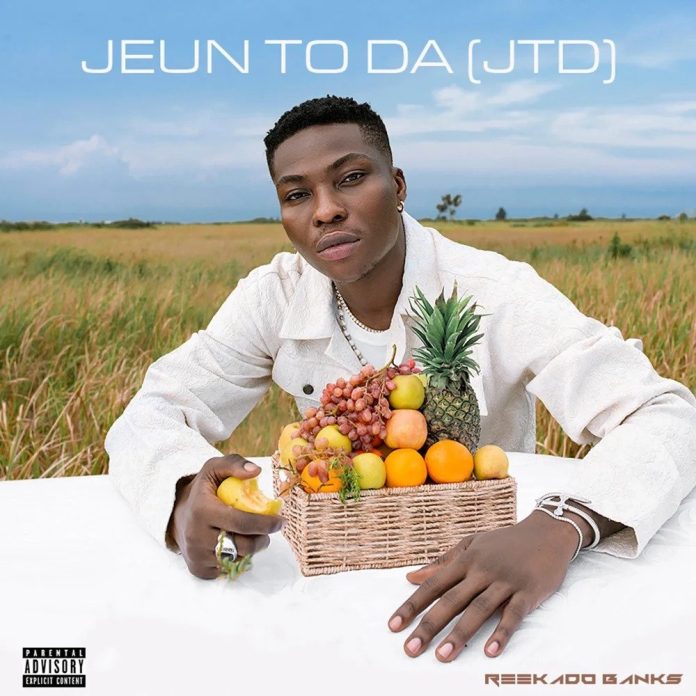 On the studio number, Reekado Banks showered us with his Afro-beat skill. He is one of the best singers we have currently and he is not relinquishing what he has started. “Jeun To Da” (JTD) is his latest installment and a continuation to his music adventure as we get a hold of Reeky Noni before the year comes to an end.

“Jeun To Da” (JTD) will surely be a street anthem in no time as Reekado Banks unveils his French side on the studio outing. The last time we heard from the singer was “Ozumba Mbadiwe” where he dominated the stream chart. He also brought the vocal availability of Nigerian superstar Fireboy DML on the actual remix.

The soundtrack was recorded in Pidgin, French, and English and talks about not going down the wrong path and being fully aware that he is being sought after, but it appears that no one knows where to seek for him. He throws a lot of information, and his words were well worth listening to.

“Jeun To Da” (JTD) has some catchy lyrics like:

I say dis world e be small world
But your papa no fit trek am
And you sabi everybody get one life
And yes we want to flex am
Suffer de yeah e surplus
But the people still de March on
We never kpai we never go down
Steady working till the sun up
If d money e been sure us
Wetin man go dey work for
You don try , me sef I don tryy

If you get chance to chop life
My brother chop am well o
Cos u deserve am gan
If you de work work work
Sip, easy does it my brother man
My brother man
Rest assured that you’ve done all what you can

Listen to “Jeun To Da” (JTD) by Reekado Banks below.