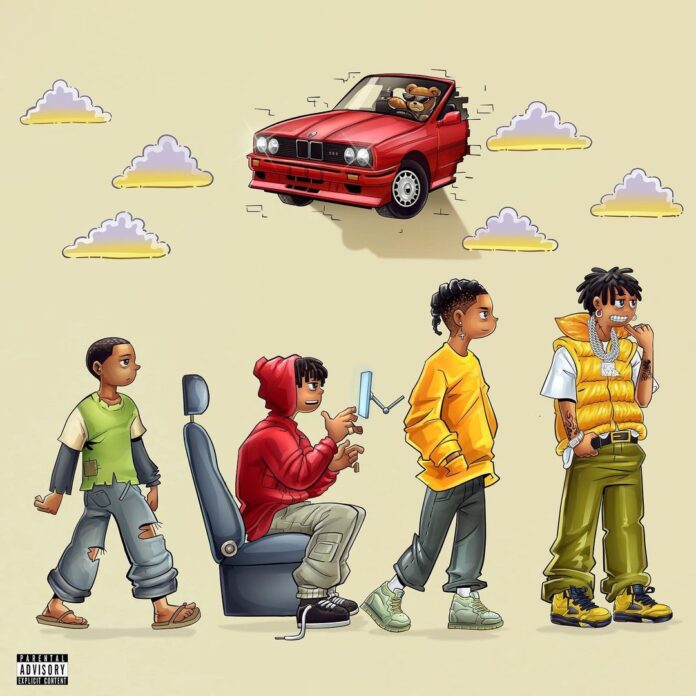 Coming like a shock to his fans, Rema surprises his people with a fresh new tune termed, FYN (Fresh Young Nigga).

Rema’s digging for gold in the music industry is coming to fulfillment after aligning with American rapper and lyricist, AJ Tracey on the newest input, “FYN” (Fresh Young Nigga).

A few weeks back, Rema was spotted chilling in the United States and taking pics with OGs like Chris Brown, Jason Derulo and others. He has established himself as one of the biggest Afro-beat lynchpin in the game and taking the evolvement to another level, he has gained love and support from big stars in the industry.

On the sound, Rema talks about flying his precious chains while showing he is a young rich nigga. Prior to the release of his upcoming body of work, “Rave and Roses” album which is scheduled to be availed on 24th March, 2022, Rema previously dished out a more suiting tune for his Ravers tagged, “Calm Down” where it arrived as his official debut for the year and now this ballad record, “FYN.”

Linking up with AJ Tracey is just a perfect fill to the song’s void where he attempted a glorious rap stunner on a verse with Rema doing the chorus himself.

His upcoming body of work, “Rave and Roses” album will host big international stars but we are yet to get full clarification on the featured act getting involved. Rema has another magic for us this time, fusing Afro-beat with trap with the aid of AJ Tracey who made the jingle, “FYN” (Fresh Young Nigga) more blistering.

Apparently, music production to “FYN” came from the handy work of talented Nigerian instrumental maker, Kel-P vibes where he gifted us a different and unique taste of good music.

Furthermore, serving as his official sophomore craft for the year, Rema gives us an appetizer of what we should be expecting from his upcoming album (the main dish).

”FYN” (Fresh Young Nigga) has some catchy lyrics like:

Listen to “FYN” by Rema below.