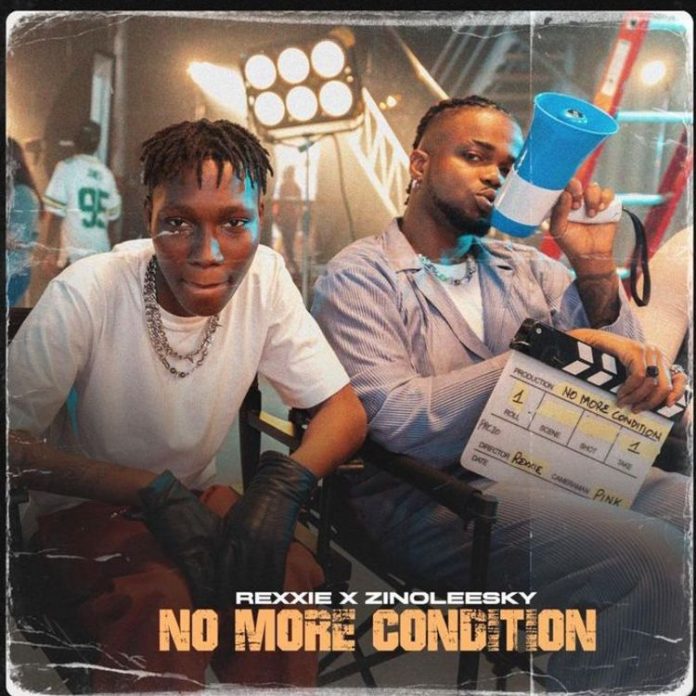 Nigerian popular sound engineer turned singer Rexxie has come thrilling with another good-to-go track which he called, “No More Condition.”

The studio record “No More Condition” clearly talks about the broke life they lived without the fame. Rexxie made it he came from the slump to living well at the moment. Well, Rexxie has been preparing for this record where he looked and found the significance of Marlian Music prolific singer Zinoleesky who turned it to something else.

Should we discuss about his previous outing? Although, Rexxie has gotten lots of accolades in the Nigeria’s music industry. His special style of Afro-beat is different and prominent as he unlocks previously an enticing record “Abracadabra” where he called for the vocal support of Marlian Music boss, Naira Marley and Skiibii who all performed diligently without stress – the sound is currently trending on several streaming channels out there.

In conclusion, Rexxie and Zinoleesky looks for a better way to end the year as he assigns this special tune dubbed, “No More Condition” for our listening satisfaction. Music production was initially done by Tboy da Flame while Rexxie himself assisted in co-production.

No more condition
No agreement, No more condition
Reason why I dey put me on ending saw
Say them no wan sending all
Ah go ask anyone
Ashakira go ask Enitan
How e happen? Them sef no fit talk
Then I just can’t tell you all ahh
Dem go write petition
If dem wan take picture
My expenditure

Listen to “No More Condition” by Rexxie featuring Zinoleesky below.