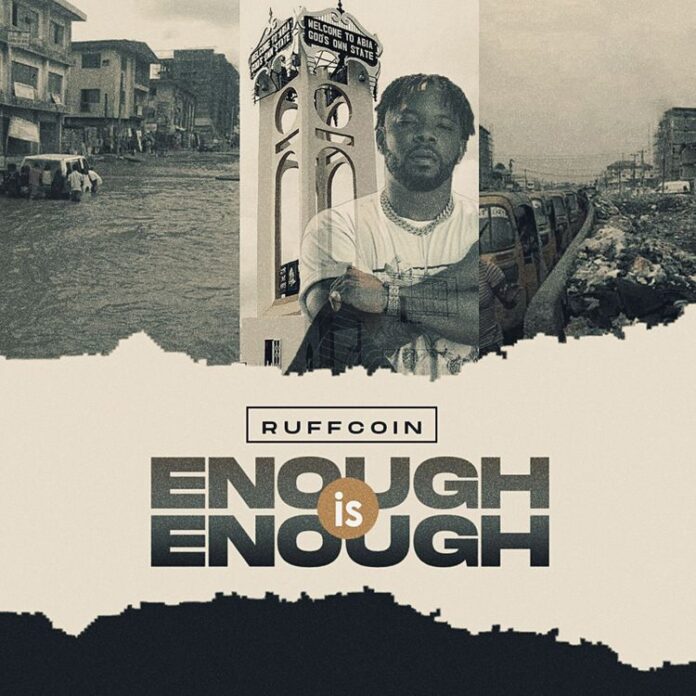 On the studio number, Ruffcoin Nwaba talked more on the severe condition Abia State is facing and how the Government has totally run them down without showing anything meaningful. “Enough Is Enough” performed by Ruffcoin is clearly a message to those in charge.

Well, Ruffcoin specifically called out PDP who has been in charge of the state for over 24 years and nothing to brag of. One of IG post he shared showed how seriously he wants them out, and how soon the new ones could fix the state. “Enough Is Enough” is his sophomore record in 2022 after making headlines with “Sweet Outside” released a few weeks ago.

In conclusion, the studio number has production prowess exhibited by talented sound maker, Mr Six Beatz while mixing and mastering was aced by Stan Steel.

Listen to “Enough Is Enough” by Ruffcoin below.