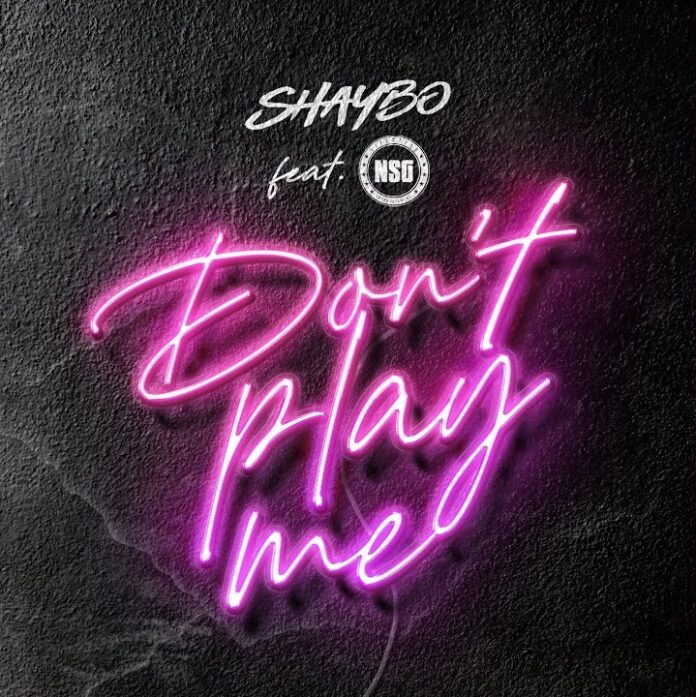 Self-acclaimed Queen of the South, Shaybo drops a trending studio record which she titled it “Don’t Play Me.”

Coming out with her fine lyrical lines, Shaybo grabs the vocals of UK music group called, NSG which is majorly made of Ghanaians based in the United Kingdom. On the record, Shaybo entertains us with her singing prowess assisted by NSG where she also blended it with her short rap attitude.

Shaybo is known for her outstanding rap skill by the way. Her recent outing with Jorja Smith tagged, “My Sister” has amassed over a million hit on YouTube while her previous craft, “Broke Boyz” alongside Dreamdoll is still on repeat till this very day and now, “Don’t Play Me” is creating history currently.

NSG all had a role to play with six of them having a verse to themselves individually while Shaybo handled the chorus without stress. Meanwhile, Shaybo will be gearing hard for the release of her upcoming work of art which will be expected to be dropped soon this year.

Lastly, the music video has already been unveiled with great performances from the acts, under the stables of Black Butter Limited. Music production was made by GuiltyBeatz while mixing and mastering was executed by JAE5.

Listen to “Don’t Play Me” by Shaybo featuring NSG below.