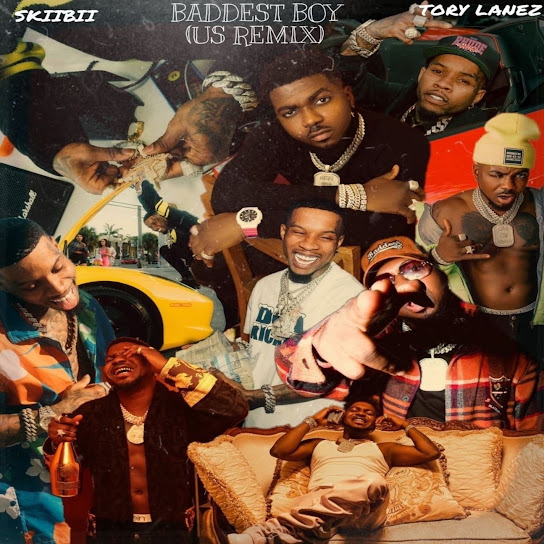 Exquisite Afro-beat singer, Skiibii Mayana has joined the trend of bringing a different remix to his hit song named, “Baddest Boy” (US Remix).

Nonetheless, the U.S. remix was made possible after Skiibii had a big time with United States rapper and singer, Tory Lanez who added his hip-hop vibes on the Afro-beat single. Recall, Davido was the main star on the official remix to Baddest Boy where it boosted the song’s prominence on streaming platforms, hitting number one on Apple Music Chart Nigeria.

Apparently, the original jam was fetched off Skiibii’s last year studio body of work dubbed, “God Is Bigger Than Man” extended play which had a swell time on digital streaming apps. Adding Tory Lanez to the official US remix, the sound has production remedy included by Runcheck.

“Baddest Boy” (US Remix) has some catchy lyrics like:

Listen to “Baddest Boy” (US Remix) by Skiibii featuring Tory Lanez below.