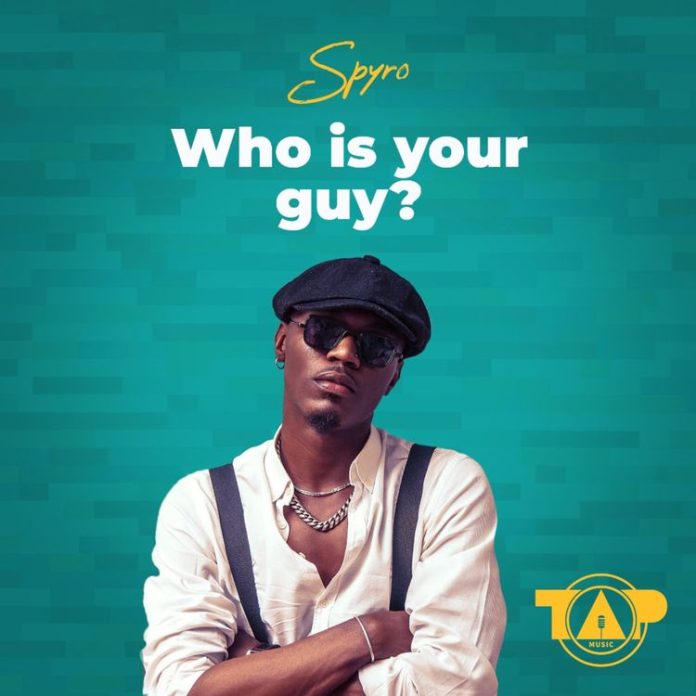 Nigerian sensational recording act, Spyro has dropped a brand new studio record which he named, “Who Is Your Guy?”

Apparently, Spyro has made a massive statement online as he avails this mind-blowing studio record “Who Is Your Guy?.” As the title describes, Spyro clearly talks about closeness with his friends and how he chose his guys that will always be there for him no matter what. This song looks very promising and would be become a street sensation in the coming weeks.

Let’s discuss Spyro: He goes by the name Oludipe Oluwasanmi David in reality. At a young age and in high school, Spyro started his professional musical careers in a gospel choir. He started out as a solo musician and still relies heavily on his own sources of assistance. Usher and R Kelly served as his mentors, and this is evident in the style of his performances.

In addition, Spyro’s newest entry “Who Is Your Guy?” moves away from his recently-released body of work “Untapped” EP which contains his breakthrough smash “Billing” alongside Davido.

Listen to “Who Is Your Guy?” by Spyro below.