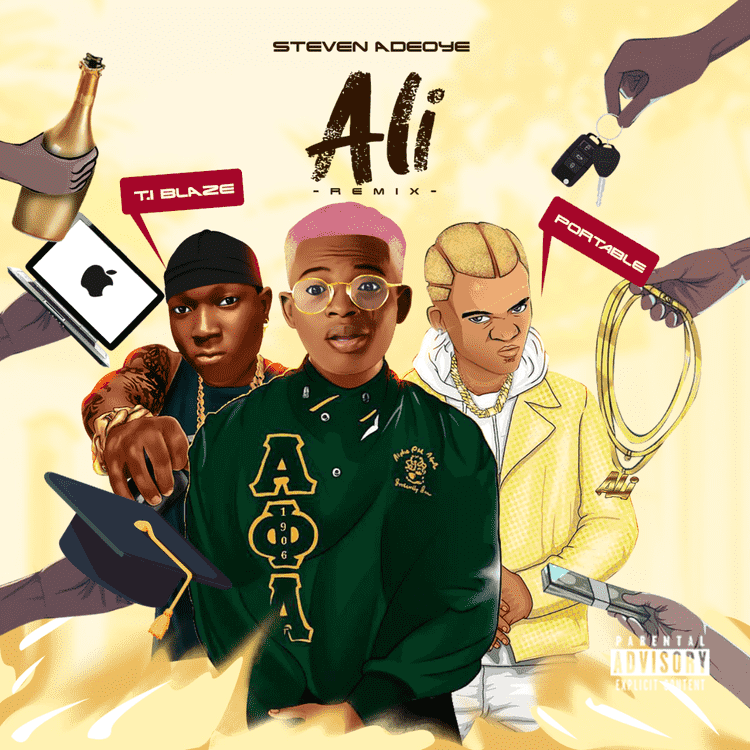 As a result, the Remix to “Ali Go To School” has the singing voices of T.I Blaze, a 2022 breakout vocalist, and Portable, the baritone of “Zazoo Zehh,” who all accepted Steven Adeoye’s offer. Likewise, after the phenomenal success of the actual track “Ali Go To School” a few weeks ago, the Remix recording is Steven Adeoye‘s maiden single for 2022.

“Ali Go To School” (Remix) is a catchy track that is hummable to go along with and understand. Steven Adeoye previously released a five-track solo EP named “Blow Time” before coming out with the perfect breathrough.

In addition, the latest single was made by Zestaahbad, a fantastic and enticing sound engineer. Steven Adeoye is rumored to be having an extended studio project before the year runs but we are not sure of the released date.