Terry Apala – We No Want Sars 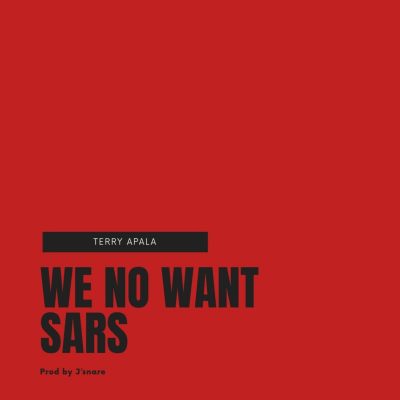 Terry Apala has also joined his voice on the on-going nationwide protest on police brutality and the disbandment of Special Anti-Robbery Squad (SARS).

“We No Want Sars” is a tune dedicated to the protest telling the Government to dissolve the SARS unit of the police force and also the newly formed unit, SWAT to take over.

Terry Apala‘s sound, “We No Want Sars” serves as his latest after the studio success of his joint EP with Major Bangz, “Major Vibes” EP.

Furthermore, the sound is produced by J’snare.

Listen to “We No Want Sars” by Terry Apala below.